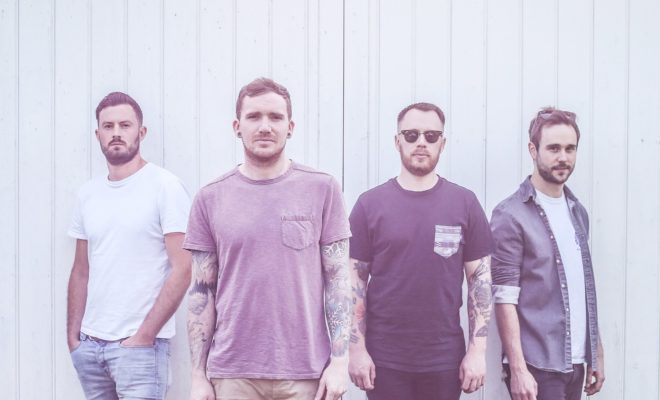 We’re beyond thrilled to debut Seasonal’s sophomore EP ‘Weathered’ (Undead Collective Records). For fans of Pop-Rock this is nothing short of ear candy that you’ll have stuck in your head for days to come. The The band tells us, ‘We are excited for you to hear our new EP ‘Weathered’.  This record carries a feel of wonder in the form of questioning decisions we have made in the past, across a range of personal but relatable topics; all wrapped up in upbeat songs. We hope you enjoy.’ The five new tracks give fans a feeling of the band’s newfound style and more up-beat tempos. 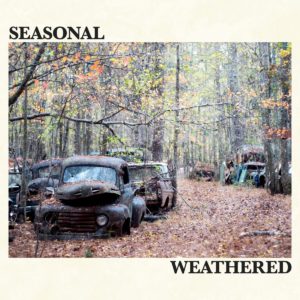 1 – Strangers: Strangers opens the EP with what will strike as a slightly different sound to what might have been expected from us if you have heard our debut, ‘Bloom’. It is immediately more up tempo, and just a lot of fun to play live.

The track is about never knowing either of my father’s parents and how it feels to know so little about what is normally a large part or everyone’s lives. It raises thoughts of if we shared any characteristics, and the big question of what they would think of the person I have become if they could see me now.

When making the video we wanted to keep it simple and just document the day to day activities of people from the two generations in question. We were insistent that it had to be a genuine grandfather and grandchild to give it the authenticity we wanted. Luckily our good friend and merch guy and his grandfather were happy to be a part of it. It was nice that through the process of making the video for a track about having no memories of my grandfather, we were able to create a memory between these two.

The song is really important for us as a band in that respect and we’re really excited for people to see this video. It should warm the heart. Watch it here: https://www.youtube.com/watch?v=BLsmsZuG3TA

2 – Honestly: Honestly was the first track we wrote that appears on ‘Weathered’. It was one of those songs that in the writing process just flew together. It was shortly after recording ‘Bloom’ that this was put together (unusually for us) on the computer prior to jamming it together in the practise studio. We instantly fell in love with the bouncy feel the choruses had and the song lyrically so very little changed from the first demo we made.

The track was inspired by a breakup. Not quite the standard cliché though of slating an ex in a song if that’s what you’re thinking. It was done in an honest, up front way and was the best thing for both parties, and yet you still feel like you’re the bad guy.

The video was shot in black and white to signify that some things, decisions or answers are just black or white… yes or no. We were really happy with the result and enjoyed the style of individual performances of the song being combined in the edit to create the video as that was something we had not done yet. Watch it here: https://www.youtube.com/watch?v=ahv29bU0joY

3 – Drift: Drift is another track we wrote earlier on in the process, and recorded this at the same time as ‘Honestly’ with Oz Craggs. The writing process for this track was quite long and there were points where we were tempted to just leave it as some of the ideas from the track would undoubtedly reincarnate themselves in something we were writing in the future. We didn’t leave it though and after playing it at one of our shows and hearing our friends and fans comments on the new tracks we had showcased, we knew it was one we wanted to put on record.

The track is about being in the situation when you know someone has completely lost interest in you. It’s uses the metaphor of a song that has been overplayed and has changed from something you used to love into something you have had enough of.

The track has a much more indie pop feel to the others and I think it really stands out from the other tracks on the EP, showing a bit of our versatility and that we are not just another pop punk band.

4 – High & Dry: We have been around the houses and back with High & Dry. It was actually a bit of a staple song we were playing in our shows at one point, but sounded a lot different. We just really enjoyed the track even in its original form and it was receiving a lot of positive comments at shows. We ended up changing it up and adding this really old school emo outro (think Taking Back Sunday epic moments) because, why not?

This is a song about betrayal. When you trust someone and think that you are both there to help each other; but you instead discover they are only looking out for themselves. It’s about losing faith in a friend, being able to forgive but knowing that you won’t ever trust or look at them the same way again.

5 – Twelve: Twelve is very personal song. It is about a tough decision that my girlfriend and I had to make 12 years ago. It talks about how tough it was to make such a decision at a young age and how despite knowing it was the right decision for us at the time; it still upsets you and leaves you wondering what if you had made the other choice. It was a hard topic to write about, but I felt it was important to, because it is easy to judge people that make these choices and assume they did so without a second thought, especially if you are the guy. But in reality it is often a really hard thing to cope with and made worse by the fact that people feel ashamed to talk about it because it is still widely seen as a taboo subject.

The writing process for this track musically was really quick and we had all the bits nailed in one practise session and threw it straight on the computer to start putting down some lyrical ideas. Each week we were playing it just musically; still happy with it and getting nearer to recording. I had been working on the lyrics for the track but didn’t really ever give away the content of the song until we were in the studio recording it. I hope people can hear the emotion that came through when recording this track.