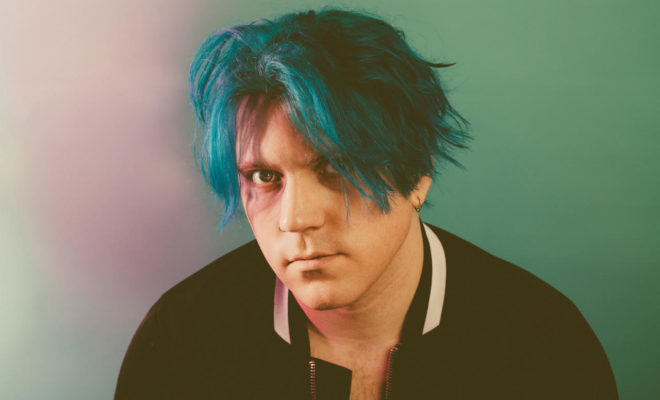 MOTE is releasing his new EP, Get The Door on June 7th and releasing his third single, “Ravens” right here and right now with us!

Recorded over the course of two years, “Get the Door” marks a departure for Mote, towards a more direct and refined rock driven sound. Intertwined with a full spectrum of eclectic influences ranging from Hip-Hop and Dance to Folk. The travel ready sounds of Mote could easily find a home on the streets of Europe or the coastlines of California, a unique representation of the burgeoning diversification of the Nashville music landscape. From the bright punk undertones of “Day 2” to the ambient-alternative pulse of “World Wide Love”, Get the Door finds its anchor in the often ethereal and sometimes instrument like quality of Joe Schneider’s voice, delivering a message steeped in hope. Even in moments hued in a darker palette, like the mid-album folk twinge of “Ravens”, a hopeful overtone prevails in the overarching theme of the search for love and illumination in challenging times.

Originally planned to be created over the course of a year, a serious illness sidelined Joe Schneider from a blossoming career for over a year. Setting into motion a period of obvious challenges and an unavoidable atmosphere of reflection. Where some might find an easy escape in the bitterness of a road block of this nature, “Get The Door” serves as proof of the unwavering optimism of Mote and it’s center point Joe Schneider. Like the first light refracting against the water on a foggy morning, these seven songs feel like a call to wake up, and spare a moment for hope that is always available. 2019 serves as a new launch point and rebirth for Mote, with “Get The Door” being the first step towards what is sure to be a resonant future.

“Ravens means a lot to me. It’s a very personal story, and is probably the darkest sounding Mote song, but it is optimistic actually. I was in a pretty dark place when I wrote it, but I kind of wrote it like it all turned out good in the end, which actually did come true later. It’s one of those moments where you think everything is totally fucked up, but you can somewhere in your head think, just for a spilt second, that it’ll eventually be ok.”