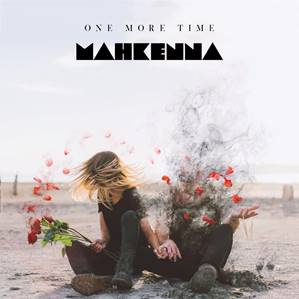 It’s hard to believe with a voice like hers, Mahkenna Tyson is only seventeen! Mostly known by her stage-name Mahkenna, was born in Ireland and raised in Southern California, and is already a tour-de-force as a Vocalist, DJ and Actress. She couldn’t even talk when she started singing, her first formal vocal training at the age of 5 under the direction of Francis Monachelli and is now being taught by one of the industry’s greatest vocal coaches, Seth Riggs.

Her latest single, “One More Time” brings Mahkenna’s unbelievable musical talent matching with the song’s pop and electronic flair. With a vocal prowess that is nuanced and layered, Mahkenna shines throughout the single with incredibly warm vocals that build to a powerful chorus that begs for repeated listening just to fully take in all the complexities and beauty that Mahkenna brings to the table with her single “One More Time.”