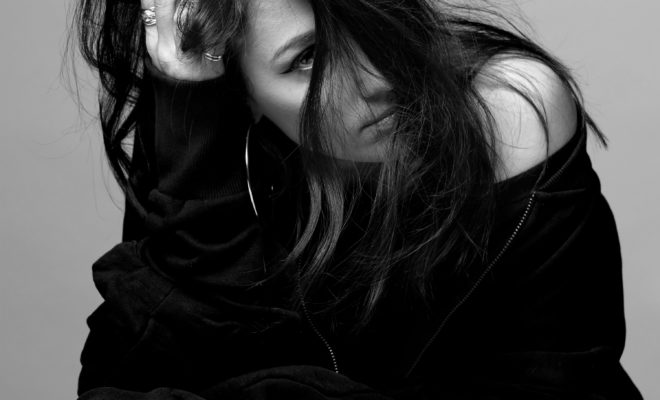 Emi Jeen’s songs tell a tale – at once hopeful and nostalgic; wistful and urgent; raw and graceful. The Montreal-based singer-songwriter shares her second single, West of the Blue – the second track from her forthcoming EP, which is due out later this year via Luby Records. Produced by Pierre-Luc Cerat (Bran Van 3000), the evocative song perfectly showcases her emotionally raw and powerful vocals.

“West of the Blue” paints a picture of a mythical paradise, sun-soaked moments of bliss by the ocean, moments of fleeting love. The feeling of nostalgia when finding a postcard describing the perfect vacation that never made it to its destination.

“I traveled quite a bit with my previous band and had many stories about these trips. So one of the sessions we were supposed to finish other song and already had most of the songs lined up for an album. But, PL arrived to the session with the title “West of the Blue” and said: “ You know what I think, we should start another track instead.” We got inspired right away and “West of the Blue” was the song we were actually missing in the project.”

The story of Emi Jeen begins in a small Canadian town of 3,000. It’s there that a young Emi first discovered her talent. Drawn to her mother’s voice, she found herself gravitating to the mellifluous sounds emanating daily from her family home. At age ten, she began taking lessons from the town’s only music teacher. Naturally, she only teaches opera, laying the groundwork for Emi’s unique musical sound.

Flash forward a few years, and Emi is in Montreal, auditioning for a girl group. Next thing she knows, its 2012 and that group, A.K.A, has a song on Ubisoft’s 8-million selling video game, Just Dance 4, and a potential worldwide deal. Suddenly, Emi is off to Asia, where she performs to adoring crowds in Dubai, Morocco, Thailand and Malaysia.

Just two years later, the deal evaporates and Emi is back in Montreal. But, passion has a funny way of bringing hope, and when she takes the stage at a small bar in 2015, she rediscovers the flame. In tribute to that first moment of musical discovery, she rebrands herself with a nod to her mother, and Emi Jeen is born.

The next two years are a blur – L.A., Las Vegas, New York, Sweden, Paris, London. Somewhere along the way, Emi discovers a musical vibe. She meets her “brothers” – collaborators and producers, P-L Cerat (Bran Van 3000) and Shane Murphy. They record an album; they scrap it. They go back into the studio. They find a new sound. A true sound. The Emi Jeen story. It’s not an easy road, but it’s one Emi Jeen had to go through to get here – and she wouldn’t change a thing.

Stay tuned for more new music and news from Emi Jeen this year!