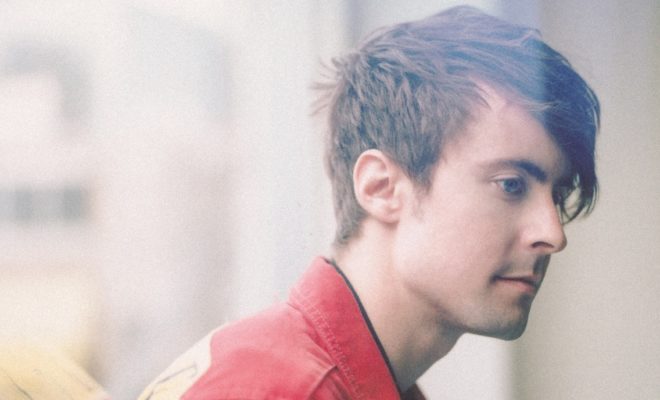 Exclusive: Our chat with DallasK

DallasK is an artist, producer, DJ, songwriter and most importantly a pretty great guy to chat with. His latest single “Recover” is out now and it will most certainly be on your back to school and or fall playlist.

You are an artist/producer/DJ/songwriter. Which came first and started your love of music? And how does each differ from the other?

Well, before anything else, it did actually start with a pure love of music. I became fascinated by music at a very early age and the love was with me at just about every stage of growing up. Hearing the radio in my parent’s car… Buying CDs at Borders Books… Begging my parents for turntables when I discovered electronic music. They bought me a guitar instead… and I’m thankful for that. As for the different parts of my career, they are all very intertwined. My work as Producer led me to become a DJ so I could play my music for people. Through collaborating as a producer I was introduced to writing lyric and melody for my songs. The culmination of all of that becomes my work as DallasK, the artist.

What’s the story behind your song “Recover”?

I wrote “Recover” with my longtime collaborator, Ammo. We wrote it about the feeling, right at the beginning of the end of a relationship, when you feel like the world is crashing around you. It came about really naturally. We got the hook written pretty quickly then thought it could be cool to bring it back with some really powerful drums. It’s one of my personal favorites.

The concept for the video came completely by chance. We had planned a whole different shoot on the Westside of Los Angeles. The morning before we were shooting, the director, Brandon, was driving in North Hollywood and saw some people setting up a carnival that they do every couple of months. He thought it could be a cool location to shoot some B-Roll. When we got there and saw that the carnival was basically empty, we realized we could use this eerie environment to create something which perfectly captures the energy of “Recover.”

You produced and co-wrote Fifth Harmony’s mega hit “Work From Home” that went 5x platinum. What was that experience like?

It was completely unexpected and something I’m super grateful to be a part of. I co-wrote and co-produced that record with some of my best friends on a random day during a writing camp that we were doing. I had no idea that the song would end up being as big as it is.

Is there a typical route you follow for writing music?

Every day is different. Some days I’m with co-writers, some days I’m by myself. If it’s a team effort usually I try to come up with some chords on piano or guitar and then we start to build the song from there. By myself I might be finishing production, or recording vocals, or just making weird synth sounds. Every route is unique.

Do you have any influences your fans might be surprised by?

One of my theories on creating music is that the more music you know, the more sonics, themes and motifs you can draw from when writing. So my listening history would probably be confusing to most people. In some recent listening dives I went into old soul music and surf rock from the 60s. Then also a lot of Kanye West and French House, it really depends on my mood that day.

Stalking your socials, you’ve traveled to some incredible places. Do you have a favorite? And is there a city or country you are dying to visit?

It’s hard to choose a favorite, but, put to task, I would have to choose Tokyo or the South of France. I love both of those places equally for different reasons, but they are definitely places I have to spend more time in. As for places that I’m dying to visit, there are many but at the top of that list would be Bali, Singapore and Brazil.

What can we expect from you in the future?

The future holds a lot of new music! I’ve just finished an album’s worth of new material and it’s on its way. We have some more tour dates planned and working on some very interesting collaborations!