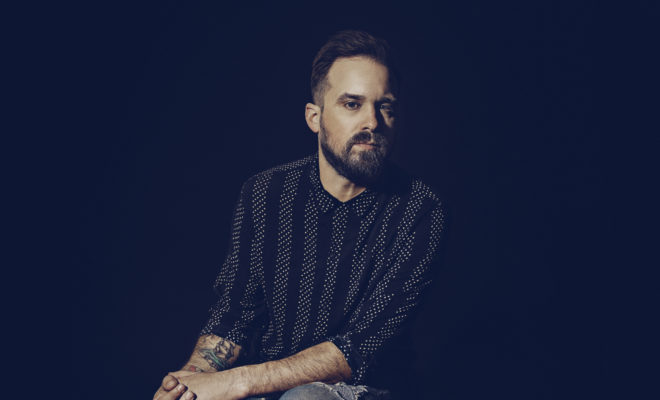 Our exclusive chat with David Leonard

What can you tell us about your album The Wait?

The Wait was a record that came out of a season of trial and disappointment for me and my wife. We have a beautiful daughter who is seven years old. After we had her, we tried to have more kids for a while after that (four years) and struggled with infertility stuff. My wife ended up getting pregnant at the end of 2016 and had a miscarriage. We walked through the disappointment of that and it was really difficult. During that time is when a lot of the record was written. It was coming through all of that season and trying to find hope within that really dark time.

This is your first solo album. How do you feel you have evolved musically?

I’ve had the luxury of getting to work with a lot of different artists on the production and writing side. So, I get to play in a lot of different genres and I come from a pretty big musical spectrum. The first record that I ever got, my parents took me to Walmart and I got to pick two CDs. I remember the two that I bought were Boyz to Men’s II and the Eagles’ Hell Freezes Over. And that’s kind of how my life’s always been. I love the R&B, soul side but then I love the beauty of storytellers and rock ‘n’ roll. I love getting to express through music and the ability of being able to tell stories in different languages. It’s pretty cool!

Everything starts with a story, with conversation. I do a lot of co-writing and a lot of it is based around what’s happening with our families or what we’ve read lately. For me, it always tends to start with melody. I always gravitate towards melody first and I think it’s the one thing that I always cling to the first time I hear a new song. People ask me “well, what was that about?” and I couldn’t even tell you because I’m so caught up in the melodies! So, I always tend to start there and then craft everything after that.

Do you ever fear you are being too personal or too honest in your music?

I don’t fear that by any means. I spent a lot of time writing a lot of songs that didn’t mean anything to me. I had a band in college and we wrote a lot of music and recorded and did all kinds of stuff, but the songs tended to be faceless. I was pulling stuff out of thin air and writing about things that I didn’t know about. I felt like I could write about it and I learned the art of telling your own story. When you’re allowed to share about what you’re walking through, people seem to relate to it in a way that when you’re writing about it, you have no clue what it is. I think I always want to create from a vulnerable place and from a place that feels real and feels like me.

Is there a possibility to tour with this new album?

I hope so! For me, being on tour is kind of that full-circle moment. You create all these songs and you write them, but whenever you get to go out on the road and you get to share them, that’s when it becomes real. You get to see people’s faces and how they’re reacting to the songs. I just love that.

Is there anywhere you are dying to go you haven’t been or want to return to specifically now as a solo artist?

I think it’s just the stage. I’ve been away from it for the last couple of years and I would be happy to walk into any room and be able to tell these stories. I did my first show a couple weeks ago and it was mind-blowing. Getting to stand up there and share this stuff, that’s where I want to go.