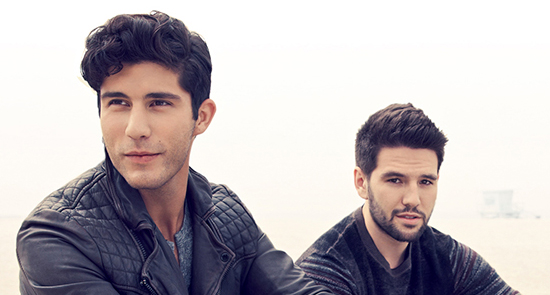 Our CMA Nominee of the Day spotlight hits Dan + Shay today! They are up for Vocal Duo of the Year for the third year straight! They released their sophomore album Obsessed this February and it has been climbing the charts ever since with their latest single “From the Ground Up.” Their freshman release, Where It All Began, put them on the country map and had them touring with the likes of Hunter Hayes and Blake Shelton. Dan + Shay were recently headlining Just The Right Kind of Crazy Tour across the United States with Kelsea Ballerini. Tune in on November 2nd to ABC to see if 2016 will be the year they take Vocal Duo of the Year home!