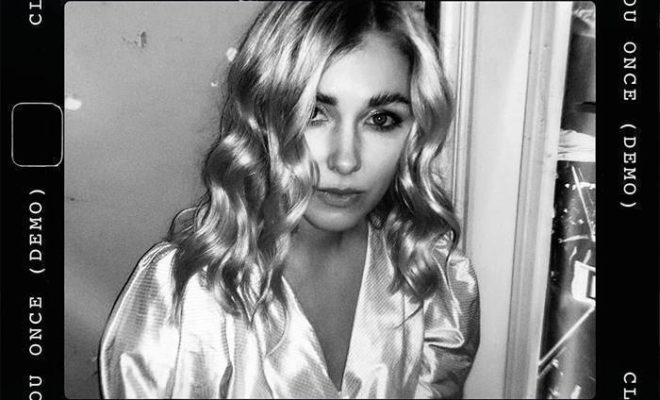 Swedish singer-songwriter Clara Mae has shared a captivating stripped back ballad, “Loved You Once” (Demo).  The song is produced by Jerker Hansson (Charli XCX, Panic! At The Disco), “Loved You Once” marks the second new release this year from Clara, who currently in the studio putting the finishing touches on her forthcoming sophomore EP.

“Back in my hometown last summer, I ran into my ex at a bar and we completely ignored each other” explained Clara. “How someone who once was your best friend can turn into a complete stranger? I wrote this song to share how I truly felt, and I’m sure many can relate.”

Last year saw the release of Clara Mae’s debut EP Sorry For Writing All The Songs About You, which has amassed over 61 million worldwide streams.  She also collaborated on“Better Me Better You” with Jake Miller. Her unique cover of Robyn’s “Call Your Girlfriend” has surpassed 8 million streams since its release this past December. Most recently, Clara released the Anton Rundberg-produced track “Lost” and toured in support of singer-songwriter Ella Vos in North America and singer-producer Alex Aiono in Europe.

After spending years studying jazz vocals and piano in her small town of Gävle, Sweden, Clara Mae garnered attention by co-writing with the likes of David Guetta, Tiesto and Martin Jensen. She soon after co-wrote and featured on KREAM’s “Taped Up Heart,” which boasts over 125 million streams and reached the top 25 on Billboard’s Hot Dance/Electronic Songs chart.