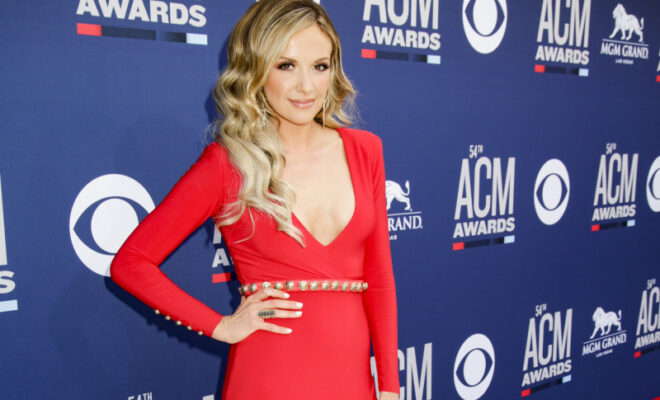 Carly Pearce On Her 2021 ACM Awards Performance and Nomination

Carly Pearce is gearing up for the 2021 ACM Awards and has an epic performance planned for the occasion.

For the first time ever on television, Carly Pearce and Lee Brice will perform “I Hope You’re Happy Now.” She shared, “I’m definitely nervous to perform but I think it’s gonna be so much fun. Lee and I finally get to sing this song together that completely changed my whole world. And I think it’s gonna make it extra, extra special to get to do it on such a prestigious stage.” Pearce added that she has been dreaming of performing on the stage her entire life.

“I hope that young girls that are watching, that maybe have dreams,” she added. “They can see me and know my story, and they’re going to realize in that moment that they can do it too and feel empowered by that, in the way that Faith and Trisha and Dolly and Reba and Lee Ann Womack did for me.”

This year, Carly Pearce is nominated in the coveted Female Artist of the Year category. “When I think about being nominated for Female Artist of the Year, I think about the dreams that I’ve had of being nominated in this category,” she shared. “I think as a woman in country music, if you grew up the way that I did, wanting this so badly, you dreamt of your name being called in that.  And so I truly am not just saying this.  I feel like I’ve already won just being in those five.”

Finally, the 2021 ACM Awards will air on CBS on Sunday, April 18 at 8 PM ET. The show will be televised from historic music venues in Nashville, Tennessee.