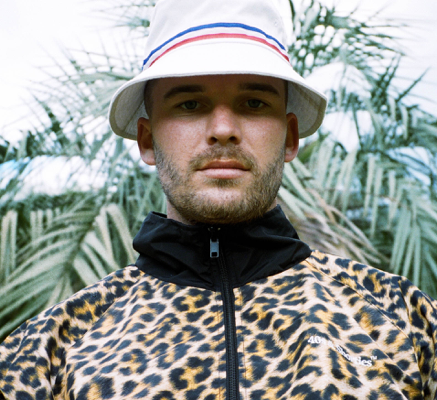 New Zealand artist and producer Caleb Nott, most known as one half of the critically acclaimed duo BROODS, has shared his debut single off his passion project ‘Fizzy Milk’.  Caleb and Jarryd met when he opened for Broods four years ago. The two also previously collaborated on “1000x” from Jarryd’s 2016 debut album. On ‘Make Me Feel,’ Caleb blends soul vibes with psychedelic samples as Jarryd’s croons float across the track with ease.

“These songs are just little slivers of myself, the stuff I do every day in the studio that no one normally hears,” Caleb shares, it’s the same with the artwork. I’m just doing the stuff I’ve always thought about, but haven’t had an outlet for. I’m just going to drop songs when I feel like it, and maybe work towards a record in the future.”