Following almost three years of pursuing independent projects, Brighten release a brand new album today via 8123. The self-titled record followed another milestone comeback – the band’s first live performance in several years – which took place at 8123 Fest (alongside The Maine, The Summer Set) in Phoenix back in January. The three-piece has slowly been re-releasing their entire back catalogue for fans; making previous records including King vs. Queen (2007) and Be Human (2010) available across all digital platforms for the first time ever. 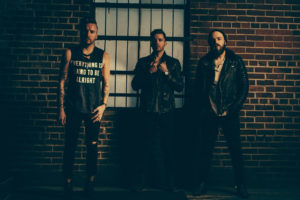 The band is not yet done for the year either – Brighten are set to release an acoustic EP – a compilation of stripped down recordings of fan favorite songs from their previous discography at an upcoming date.