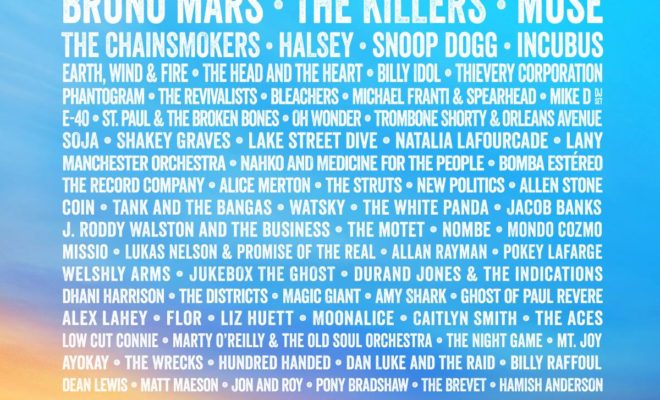 Miss out on getting tickets to BottleRock Napa Valley this year? Never fear! This year fans can enjoy sold-out BottleRock Napa Valley performers at official aftershows. For those who may have missed out on purchasing passes to the festival, BottleRock Presents is offering a series of concerts and festival Aftershows in Napa, San Francisco, Sacramento, and Berkeley. Featuring many of the 2018 BottleRock Napa Valley musical artists and other special guests, these intimate performances take place April 27 and 28 and May 24 through 29.

The full lineup of 2018 BottleRock Presents concerts and Aftershows includes:

The Aftershows at the JaM Cellars Ballroom and Silo’s are located in historic downtown Napa within easy walking distance from the BottleRock Napa Valley festival providing continued musical entertainment after the final notes of the festival each evening.

Tickets for the 2018 BottleRock Presents concerts and Aftershows start at $30/pp and are available beginning Thursday, February 22 at 10 a.m. PST at bottlerocknapavalley.com/bottlerock-presents.