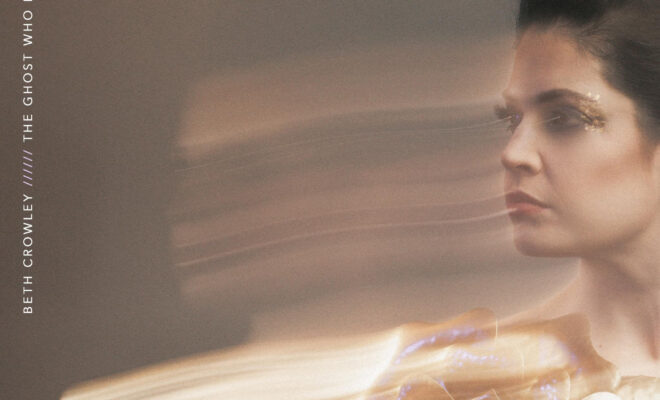 As a pop singer-songwriter, Beth Crowley is taking an approach to her artistry in a unique way with her new single “The Ghost Who Is Still Alive.”

With her cinematic pop songs and emotional piano ballads, the singer-songwriter is an avid book lover which inspires her writing and emotion in her releases. Inspired by the book, The Invisible Life of Addie LaRue by V.E. Schwab, Crowley’s upcoming releases are inspired by her love for reading and specific books.

Crowley is best known for her songs inspired by young adult novels, and her most popular book-based song, “Warrior,” has been streamed over 16 million times on Spotify alone.

Beth Crowley first gained recognition on Youtube in 2011 when she was inspired by comedic group Axis of Awesome and posted a medley of popular songs titled “Greatest Song Ever Written.” The song was quickly picked up by Reddit, Buzzfeed, and Tumblr, and to date that video has over 1 million views.

When Crowley started posting her original music, the positive response from viewers was undeniable. In January of 2013, Crowley took a chance and posted a video of herself singing her original tune “Warrior,” which was inspired by Cassandra Clare’s book series The Mortal Instruments. Fans rallied around the song as the unofficial anthem of the books, with Clare herself calling the song “lovely.”

Crowley has since released one full-length album, two EPs, and numerous singles. Her book-inspired music includes songs based on the Dark Artifices series, the Divergent series, The Lunar Chronicles, Harry Potter, the Hunger Games, The Fault in Our Stars, the Shatter Me series, and many more. She has also written several commissioned custom songs for books and book series. She has also started writing her first Young Adult novel.