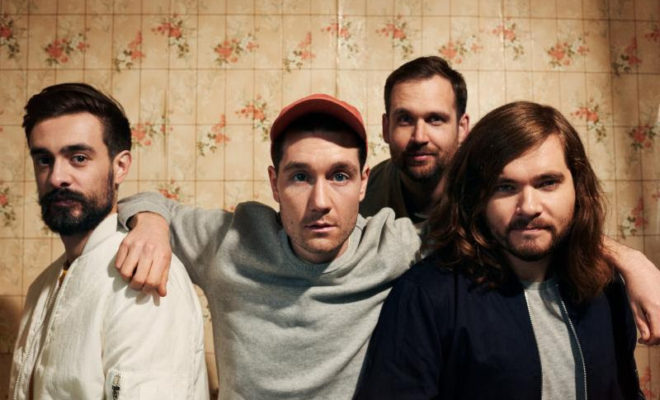 Bastille’s new single, is an escapist anthem with breakbeats and drum fills loosely inspired by ’90s dance music plus a euphoric hook that is an unmistakable signature of the UK band. The single is the lead single from the band’s forthcoming third album.

“We keep on running, running through a red light, like we’re trying to burn the night away,” sings frontman Dan Smith on the song’s vivid, cinematic chorus. He explains, “‘Quarter Past Midnight’ is about trying to capture that moment of a night out. Some people are gonna go home; for some this is just the beginning. It became about being in someone’s car, driving through the city. I wanted to try and capture that sense of excitement, and that rush.”

“It’s way easier to escape in the night time,” says Smith. “Places that aren’t normally open are open to the world, and the places that you associate with reality and work are all shut down. There’s a parallel universe that exists, and this other set of people who are out and about.”

The five months Bastille spent in London recording new music was the longest they’ve stayed in one place since releasing their RIAA certified Platinum debut album, Bad Blood, five years ago. The four-piece – comprising frontman Smith (who is the sole songwriter and co-produces all the tracks alongside Mark Crew), keyboardist Kyle Simmons, bassist/guitarist Will Farquarson and drummer Chris Wood – has played over 500 shows across six continents, including their recent, critically acclaimed ReOrchestrated tour, which London’s Evening Standard praised as “brave, brilliant and a bit bonkers…the sound of a band breaking down barriers and pushing out of their comfort zone.”