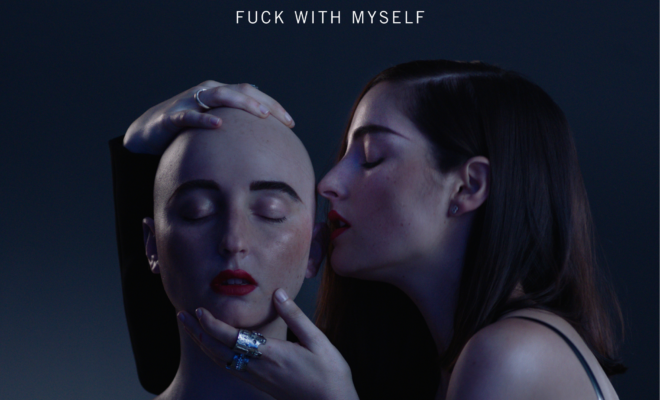 BANKS has just announced today the follow-up album to her 2014 debut, Goddess, which will arrive September 30, 2016, via Harvest Records. Along with the announcement, Banks released her first effort off the album, “F**k With Myself.”

On “F**k With Myself” Banks gets straight to the point and it is haunting: “So I f**k with myself more than anybody else” she sings in that voice that’s been alternately compared to Aaliyah, Fiona Apple, Kate Bush, Erykah Badu and Lauryn Hill.
“This song is about being your own best friend, your own mother, and your own lover,” says Banks.
With the song, BANKS also premieres a chilling, distressing, even destabilizing music video. Its stark depiction of her gyrating alone in a room flanked by contorted dancers, and literally beating herself up, is as mesmerizing as it is menacing.
Banks continues to instigate endless commentary, when Goddess hit she became the “#1 Most Blogged About Artist Globally – Mid Year & Year End 2014 Charts,” according to HypeMachine, in addition to seizing #1 on Billboard‘s Twitter Emerging Artists Chart and Trending Chart.  She landed on year-end best albums lists from Rolling Stone, Slant, The Guardian, and many others.
In 2014, BANKS inverted alternative, R&B, and pop into her own musical playground.
Brace yourself for what’s next.
Related Itemsbanks
Lex Hervoix