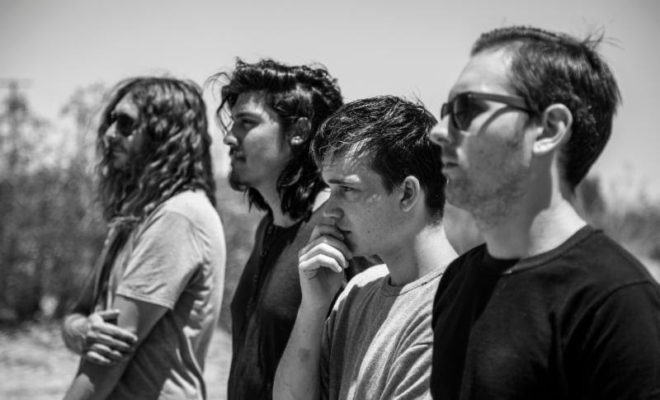 Big Machine Label Group and John Varvatos Records have announced they have signed rising Southern California rock quartet Badflower to their newly formed Big Machine/John Varvatos Records. Badflower is the first artist to sign to the label under a newly minted partnership between Big Machine Label Group president/CEO Scott Borchetta, and iconic fashion designer John Varvatos.
Speaking about the genre and decision to team with Badflower, Borchetta said, “I’ve had a keen eye on this space for a long time, waiting for a young rock ‘n’ roll band to capture my imagination, hoping that all the madness in this world would be addressed head-on through the power of rock music. Badflower is that band. Powerful… Important… Magnetic… Attacking the edges of the human condition. Yep – I’m all in. And you will be too. Long. Live. Rock.”
“Badflower is one of the most powerful young bands on the Planet. With the angst of Nirvana and incredible songwriting, this is a band that has no limits,” echoes John Varvatos.
The first single to be released on the label, “Ghost” is available now at all digital retailers and streaming services, where it is currently featured on top playlists such as Apple Music’s A-list Rock, Spotify’s Rock This and Amazon’s Introducing Rock. Additionally, Pandora ranked them No. 1 on their Pandora Predictions Chart which is determined by activity across all major social music sites. “Ghost” is currently climbing towards a top ten debut at rock radio. The track’s accompanying music video has sparked meaningful conversation with fans as vivid scenes trace one young man’s descent into a devastation so deep, he can’t navigate his way out of it.
Related Itemsbadflower
Jacklyn