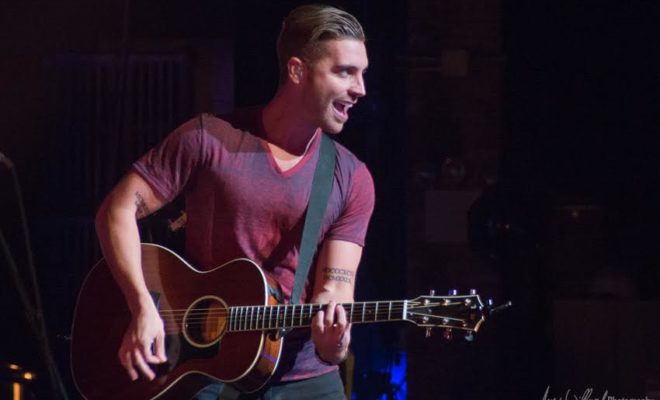 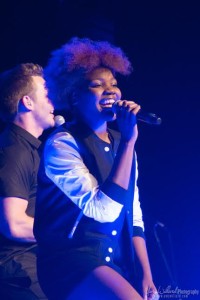 Photos and Review by Amy Willard

Fans, dawned in homemade shirts and signs, began lining up in front on the Beacon Theatre on the Upper West Side of Manhattan hours before doors. For the average passerby, the names Tyanna Jones, Rayvon Owen, Jax, Clark Beckham and Nick Fradiani drawn in puffy paint across t-shirts probably wouldn’t ring a bell, but for die-hard fans of the talent-search TV show American Idol, these names are better referred to as the ‘Top 5.’

Shortly after 8:30 PM, the Top 5 took to the stage, backed by a live band to open the American Idol Live! tour with a collaborative cover of Lenny Kravitz’ ‘Are You Gonna Go My Way.’ Much like previous Idol tours, the night would be a trade off of group and solo covers among the five finalists, along with a few personal stories and some original songs.

Season Fourteen runner-up, Clark Beckham, showcased his range of musical talent throughout the night with various covers performed on piano and guitar. While there’s no doubt this Nashville-based singer has a powerful voice, his presence on stage was not of the same caliber with his song choice for this tour. Despite the lack of energy, his best song of the night was his cover of Tracy Chapman’s ‘Give Me One Reason’ on electric guitar. 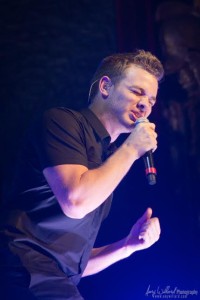 Jax, the tri-state native, hailing from East Brunswick, NJ brought the most rockstar energy to the show of all of the performers. Her opening solo cover of The Who’s ‘My Generation’ that transitioned into Jet’s ‘Are You Gonna Be My Girl’ brought the house to their feet, proving that even if you don’t place 1st on Idol, you can still win over a crowd. Her song selection for the evening paired well with her stage presence, including her bluesy cover of Bon Jovi’s ‘You Give Love A Bad Name’ on piano.

Tyanna Jones, the youngest competitor during season fourteen, provided perfect harmonies for many of the collaborative songs for the night. ‘Sweet Dreams’ by Beyonce would have been too risky of a song choice for TV voting, but seemed to showcase another side to her vocal range on this stage. Her spotlight-stealing moment of the night was her cover of Meghan Trainor’s ‘Lips Are Moving,’ which got the seated crowded to their feet and feeding off her youthful energy.

24-year-old Rayvon Owen brought a lot of soul to the night with his cover of Nick Jonas’ ‘Jealous’ and collaboration with Jones and Beckham on Sia’s ‘Chandelier.’ His dynamic rendition of Katy Perry’s ‘Wide Awake’ that rolled into Frank Ocean’s ‘Thinkin Bout You’ was one of the highlights of the night and certainly a tough act to follow for his fellow performers. 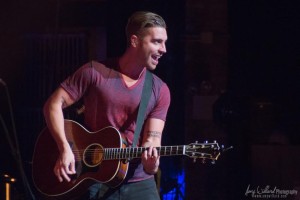 The show was primarily a revolving performance from the top 4 finalists with American Idol winner Nick Fradiani appearing mostly toward the end. The 29-year-old singer from Connecticut, worked the New York crowd with his Idol season-favorite of ‘Back Home’ by Andy Grammar and acoustic covers of  ‘I Won’t Give Up On Us’ by Jason Mraz and Blackstreet’s ‘No Diggity.’

The idol winner also performed ‘Coming Your Way,’ an original song from his old band, Beach Avenue, which once competed on America’s Got Talent and his radio single ‘Beautiful Life,’ co-written by Chris Carrabba of Dashboard Confessional. 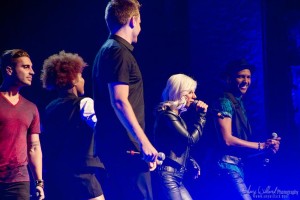 The night concluded much like how the show began, with all five finalists sharing the stage for a touching collaboration on Wiz Kalifah’s ‘See You Again’ and a grand finale of Fun.’s ‘Some Nights.’