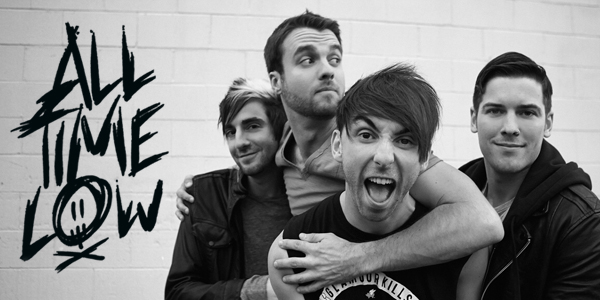 All Time Low have just dropped new video for their song ‘Missing You’ from their latest full length Future Hearts and the band has hit us all in the feels with this latest video.

The video starts with All Time Low video calling their fans, Hustlers, from all across the world. The band personally thanks each fan for supporting them and sticking with them for so long. The song fades in and out with Alex Gaskarth playing a guitar around London as snippets from each conversation is added into the video. The fans talk about how the band has helped them through tough times and how the hustler community has brought so many of them together. Some of the fans have even met their closest friends through being in the hustler club and attending their shows! The band continues to talk about how music means the same thing to them and they’re grateful that they are able to impact the fans in such a huge way.

The band posted the video on their Facebook with the message “Here it is! ‘Missing You’, at its core, is about connection, and the community we’ve built around this band – It’s a call to everyone feeling a little messed up or singled out. This video shows that we’re all in it for the same reasons, because with music, and this amazing community, we don’t ever have to feel alone.”

The video definitely brought back memories of when I was a die hard All Time Low fan in middle school and it will take you down memory lane too! Check it out below: