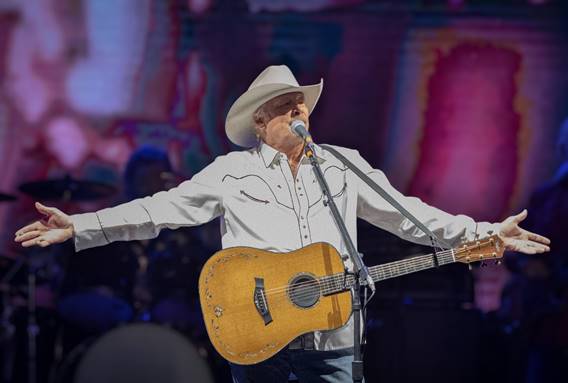 Alan Jackson is making the most during the coronavirus pandemic, the country legend held two concerts in Alabama where fans watched from their cars. 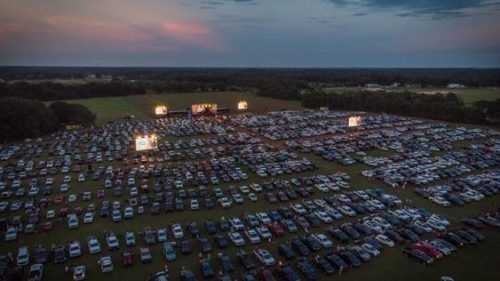 Jackson’s “Small Town Drive-In” events Friday night in Cullman, AL and Saturday evening in Fairhope, AL are the largest live music events the U.S. has seen in over three months.

While based on a drive-in movie setting, the concerts were not staged at such theaters (which can often hold 400 or fewer vehicles) – Jackson’s concerts were performed in large open spaces (York Farm in Cullman…and 300-acre Oak Hollow Farm in Fairhope). A sea of over 2000 cars, trucks and SUVs greeted the Country Music Hall of Famer Friday in Cullman – some 2300 lined up to see him Saturday in Fairhope.

“I love cars,” the known auto enthusiast said from the stage with a smile, adding, “We’re just glad to get out of the house and have a good time with y’all.”

Friday’s event drew people from well beyond nearby cities of Birmingham and Huntsville – fans came from Atlanta, Nashville and even rural Ohio and Pennsylvania to experience live music. Saturday’s concert saw country music lovers from nearby Mobile and Pensacola having a “Good Time” alongside others from as far down the Gulf Coast as Louisiana and Texas.

Both events were staged only after receiving state and local government approvals, with a commitment to current health guidelines. Vehicles were parked several feet apart…patrons were asked to stay with their cars, enjoying the concerts from the hood, the roof or the tailgate…and signage throughout the ground reminded people of social distancing.

Safety was front-of-mind for organizers throughout the planning and execution of the events. On Saturday, a threat of lightning forced organizers to delay the concert’s start for a brief time and ask staff and patrons to shelter accordingly…but fans waited patiently even in the midst of some traffic delays.