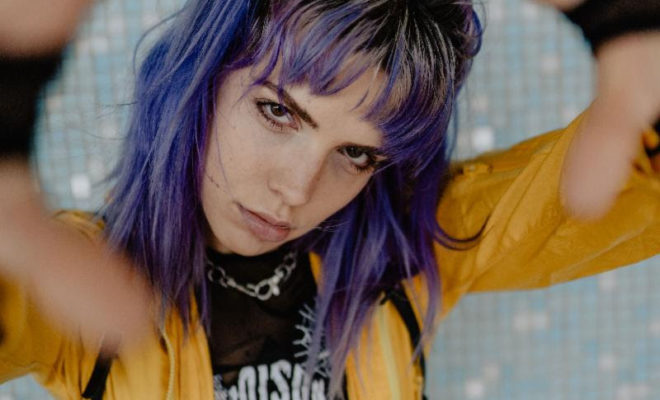 Pop-grunge artist ALAENA has debuted her new single “I Wanna.” The songwriter, producer, instrumentalist, and vocalist you may remember from the band Winds of Plague. ALAENA (Alana Potocnik) is ready to take the music industry by storm creating music that can be put under any one genre and doesn’t sound like anything you’ve heard before.

You’re from Pittsburgh, what was the music scene like growing up for you?
The music scene in Pittsburgh was always very heavy growing up. Tons of bands trying to make it, lots of shows everywhere and lots of friends. I was really involved in the scene, When I was 15 my mom and I would book shows at the local VFW’s so we could just try to expand the scene as much as possible.

Was there a specific moment when you realized you wanted to make music your life?
After the very first show I played when I was 15, I got off stage and never felt a feeling like that before. It was something I could only dream of feeling, and to be honest I hope everyone feels this feeling in their life when they discover what they love to do! I just knew from then on this was my end goal.

Congrats on “I Wanna” how did the artwork come about?
Thank you! The artwork actually came from my best friend and artist, Autumn Mitlo, she’s basically my sister, but we were chatting in our group chat and she sent me some drawings and I was like THAT ONE!! Then she really went in and made it unreal. She has such a cool style to her artwork- everyone should check her out! IG is @_onlybones . I absolutely love it.

How did you end up collaborating with Grammy-winning producer Khris Lorenz?
Khris reaches out to me on social media when I was still in my old band but he knew I was working on a pop project. He also came from the metal world so he was super intrigued to know what the sound would end up being. We ended up developing me for two years to kind of mold the grunge-pop sound I have today!

On your social media it says you’re “grunge-pop,” do genres matter to you or should they to anyone?
To me, genres are do outdated. I’m happy more and more artists are blurring the lines- I just think the older industry heads aren’t fully embracing the changes and the anti-genre culture, which makes it hard sometimes to get your music a fair chance. But power is in numbers, and we are moving in on them!

How far along in the process of your EP are you?
My ep keeps changing with every song I create but I’m feeling really good about these songs I have right now. Keep your eyes and ears peeled!

What are you currently listening to?
I like to switch on the new alt playlist on Spotify to find some new fresh music! Rock this also always has some solid tunes as well.

What else can fans expect from you this year?
More music!! Growth!! Music videos!!