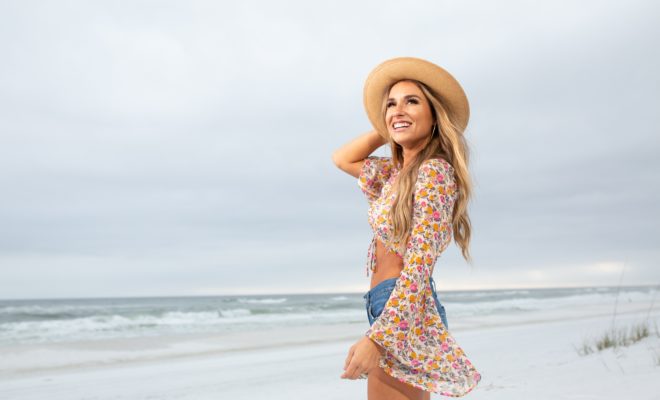 6 Must See Non-Headliners at Stagecoach

Stagecoach is one of the hottest tickets for country music fans in and around California. You can rest assured some of the genre’s biggest names will be there and this year is no different. While the bigger stars are some you won’t want to miss don’t forget to check out some of the amazingly talented new up and comers who just may be headlining future Stagecoach festivals in the years to come. I’ve made a short list of some of my personal favorites you won’t regret checking out.

With influences like Alan Jackson, Bruce Springsteen and John Mellencamp it’s no wonder Jackson, Tennessee native Brandon Lay’s single ‘Speakers, Bleachers and Preachers’ was ranked as one of country radio’s most added songs upon its release in 2017 only to follow it up with his latest single ‘Yada, Yada, Yada”.  With relatable lyrics to small town living and great melodies, you are sure to enjoy hanging out at his set with your friends.

With a voice and sound reminiscent of some greats such as Josh Turner and George Strait this fellow Texan released his first single ‘Drop Everything’ in May of last year. The country star describes his music as, “If I’ve lived it, I can sing about it. If I haven’t lived it, I’m not a good faker.” With his old-school country sound, you will be sure to fall in love with his music.

Six years in the making, Filmore, who mixes pop and some elements of electronic with ardent country songwriting skills, although starting as a band he has settled on becoming a solo artist. The Missouri native’s music can be compared to that of country-pop star Sam Hunt. Filmore’s song ‘Slower’ has reached over 26 million streams on Spotify followed closely by his single ‘Love That About You’ both giving you the summer anthem feels.

Some of you may know this Southern Bombshell from her 2009 singles ‘Wanted’ and ‘I Look So Good (Without You)’ but what some of you may not know is she’s back to her roots with country music. In 2017, Jessie released her EP ‘Gold’ and her first full record titled ‘Southern Girl City Lights’. With her catchy and upbeat songs such as “Southern Girl City Lights”, “All Filled Up”, and “Lights Down Low”. You will definitely be missing out if you miss her stagecoach performance.

Not only is his famous beard pretty amazing but his vocals are a match. The proud Louisiana native’s debut single, “Singles You Up” came out back in mid-2017 followed by his first album ‘Home State’ and second single ‘Take It From Me’. He’s toured with the likes of Jake Owen, Kip Moore and now Old Dominion. With Jordan’s feel-good music you won’t regret spending a little bit of your festival weekend dancing along and singing his songs.

Mitchell is no stranger to country music after watching his grandmother, Donna Hilley, he decided to pursue a songwriting career. His first single, “Drunk Me”, hit No. 1 last year and has been a favorite on the country radio scene ever since. He’s just released his full-length studio album “Telling All My Secrets” last December and he’s also joining fellow newcomer Jordan Davis on Old Dominion’s “Make It Sweet Tour”. His upbeat and good time feeling songs are bound to leave you having a blast.