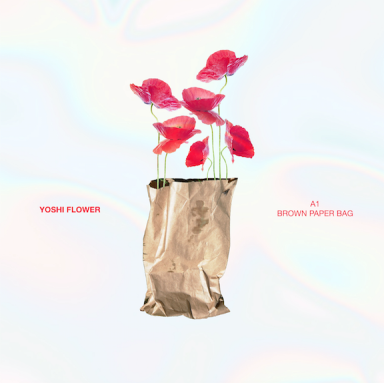 “This one is for freedom, sonically and all else. The beginning of the new alternative. We think the things that matter to us are the superficial things…our phones, our cars, our clothes. Things that we believe give us serenity, they are fleeting and damaging to our psyche and environment. But when you think about what really gets you through this life it is the little things. For me, it is a brown paper bag. It held my lunch when I was bullied, it holds my 40oz and more when I want to get high, it helps me breathe and calms me down when life gets too lifey.”

Yoshi Flower got his first guitar — a one-of-one custom Taylor, which he still keeps beside him in bed most nights — from a client of his father, who provided pro bono legal work for musicians in the Detroit scene throughout the ‘90s. Twenty years later, Yoshi is hammering in the final nails on the coffin housing the music industry’s idea of “normal.”