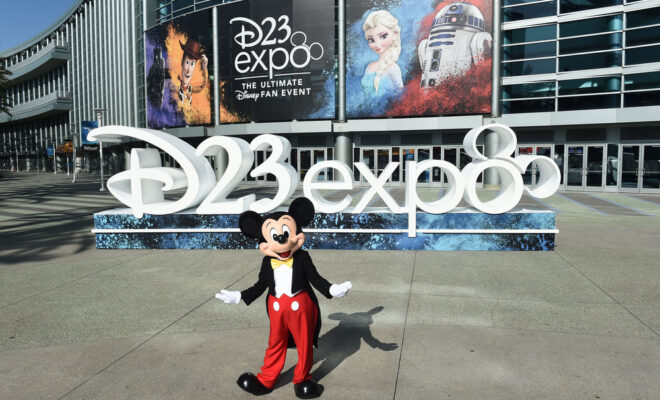 2022 D23 Expo is gearing up with the latest addition of the Disney Music Emporium Pavilion.

On July 12, the Disney-centric convention announced that the Disney Music Emporium will return to the Anaheim Convention Center on September 9 through 11.

Star Wars fans will be able to purchase the 12-inch colored vinyl albums for The Mandalorian and Wandavision for the very first time at the pop-up store. Limited quantities of exclusive releases and merchandise from both Marvel and Lucasfilm will be available.

Other pieces of vinyl that will be on-site include Encanto, Hocus Pocus, Minnie Lo-Fi, The Lion King on Broadway, Adventure Thru Inner Space, The Legacy Collection, and Turning Red- The Mix.

Celebrate the powerful music of Marvel Studios storytelling when Variety’s Jon Burlingame hosts Disney For Scores Podcast Live. Burlingame will bring the format of the popular For Scores podcast to life as he interviews composers of favorite series and films, including Tyler Bates (Guardians of the Galaxy, Guardians of the Galaxy Vol. 2), Laura Karpman (Ms. Marvel, What If…?), and Pinar Toprak (Captain Marvel). The panel is scheduled for 2:30 p.m. on Friday, September 9 on the Backlot Stage.

Gifts with purchase include limited-edition Disney Movie Club collectible pendants (Bambi, Cinderella, Olaf, Aladdin Genie Lamp, Simba, and Nemo), while supplies last. Attendees can get three months free from SiriusXM. Listen to Disney Hits and hundreds of other SiriusXM channels in the car, on the SXM App and on your connected devices at home. Look for SiriusXM at the show for details.  Offer available to new subscribers only; 18 years+. Giveaways include limited first edition Disney Hits Trading Cards, featuring 30 collectible cards.

← Previous Story Summer Playlist
Next Story → EXCLUSIVE Q&A: Brianna Cabrera of Public Works’ As You Like It