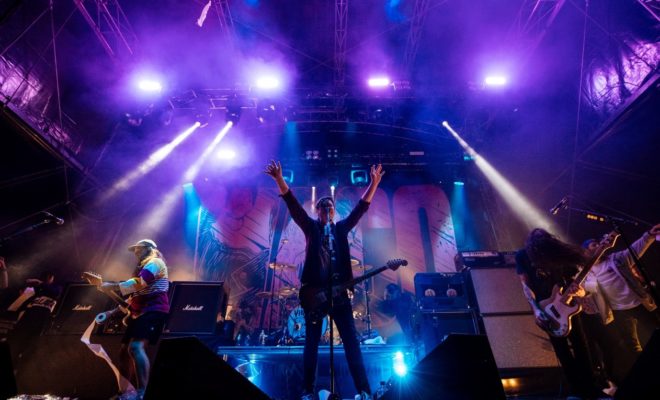 10 Things We Loved About Unify Festival

Unify Festival is a camping festival held in the state of Victoria, Australia. With a frenzy of acts both local to the country and international storming the stage over two full days of music (and a third morning of chill-out acoustic vibes), it’s an alternative music lover’s dream. It’s been a couple of weeks now, but it’s still all we can think about. But what made it so amazing? We went down to find out!

1. It Put Australia Back On The Map
Whilst Soundwave used to be one of the biggest and best rock music festivals in the world – RIP – since its departure, many alternative fans down under may well have been a little worried about the future of the scene in their country. They needn’t be, at all. Unify’s second year has established itself as a major player in the festival circuit; and even as a worthwhile world contender! 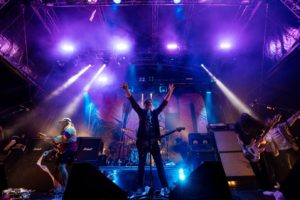 2. There Were Literally No Clashes
Absolutely every festival we’ve ever been to has featured clashes beyond belief – and sometimes you feel like a parent choosing a favourite child. Whilst we understand that it’s often inevitable, the fact that Unify has a single-stage model meant that we had absolutely no tough decisions to make throughout the weekend. Awesome!

3. It Highlighted Australia’s Finest
Australia has a whole lot to bring to the alternative music table, evident in the likes of some of the acts this weekend including Luca Brasi, Polaris, and Violent Soho, as well as classics The Getaway Plan and even Trophy Eyes. The latter showcase an insatiably addictive performance which truly demonstrates why the whole world are really starting to sit up and take note. Unify serves as a deserving platform for these guys, who seem to be on a train whose next stop is world domination. (And yes, they were robbed in Triple J’s Hottest 100). 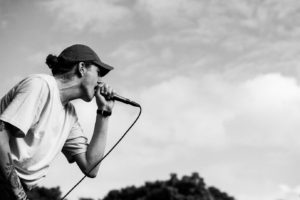 4. It Brought Out Major International Talent
Of course, to truly make a mark on the festival circuit, a contender must offer an impressive range of worldwide talent. Unify did not disappoint! With notable performances from British Moose Blood with their Brand New esque brand of lilting melodic alternative, letlive with their captivating post-hardcore set, and of course, an incredible headline set from everyone’s Canadian favourites, Alexisonfire – to name just three – anyone who wasn’t there truly missed out.

5. It Featured Amazing Headline Acts
We’ve already paid homage to both Northlane and Alexisonfire, but they’re honestly so good it’s truly worth saying twice. Whether they’re up your street or not, there’s no denying that the atmosphere when either of these worldies takes to the stage is completely electric! Northlane hammered down with their booming brand of metalcore, while Alexisonfire had every single face in the crowd singing along, reminiscing about the past. 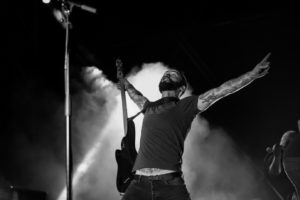 6. Staff & Volunteers
One of the most incredible things about Unify is the total family-feeling that you get from the second you arrive on site. This is helped largely by the absolutely awesome team of staff and volunteers who work together to ensure that the whole thing goes smoothly. Whether you’d lost your belongings within the first five minutes and needed some TLC or you just needed to find out who was playing next, everyone was on hand and more than ready to help – with a smile!

7. Awesome Food Options & Fairly Priced Drinks
Festival food isn’t exactly known for being too tempting or even that affordable. Unify shakes things up in every other area, so we suppose it only makes sense that they did so here, too. With every kind of cuisine catered to, you weren’t going to leave the site feeling hungry. Vegan? No problem. Unify has your back. And whilst Unify is a BYOB festival; it always helps to have a bar for the arena, with drinks which don’t set you back too much at all!

8. Incredible Atmosphere & Ethos
A festival is nothing – absolutely nothing – without a warm atmosphere and the people who make the entire thing more fun. From the friendly vibes on the campsite with the drinking games and general banter, through to the enthusiastic spark in the arena itself, there’s not a moment where you’ll feel anything other than at home. 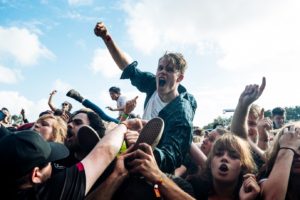 9. Location, Location, Location
We had the privilege of meeting with one of the people directly involved with the site and it’s because of their generosity in allowing us rock fans the use of their farm that this whole event is even able to take place. There’s a prevalent intimacy in the festival site itself; despite around 7000 music fans descending on the area, around a two hour drive from Melbourne. However, we wish they could have done something about the weather. Australia? We need to talk. Someone told us you were warm. What happened?!

10. Anything Goes…
From a dude who brought his Scottish bagpipes (seriously), to the legend who stood fixed to the spot for three hours (not in any way intoxicated… ahem), and even the burning of a bible on stage (Thy Art Is Murder… obviously) anything can and does go at Unify. 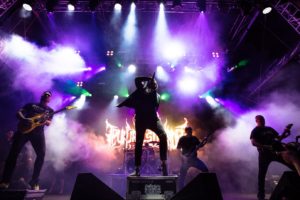 We’ll be back next year to do it all over again!