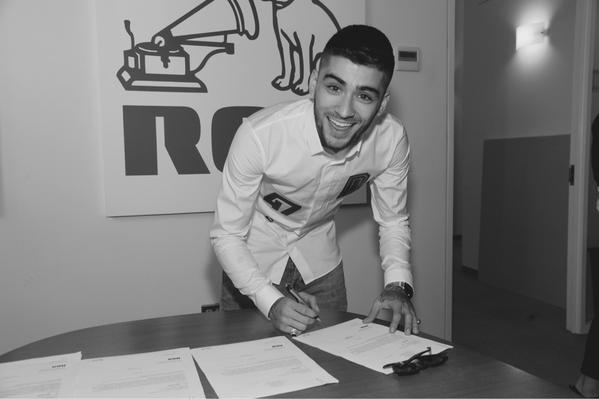 Zayn Malik Signs With RCA Records As A Solo Act

On Wednesday afternoon, Twitter began buzzing when Zayn Malik, formerly of One Direction, tweeted out to the world:

I guess I never explained why I left , it was for this moment to be given the opportunity to show you who i really am! #realmusic #RCA !!

Fans were confused by the hashtags we added to the end of the tweet. Things started coming together when Zayn tweeted a picture of himself at RCA Records, pen in hand, signing his record deal.

Simon Cowell, who is responsible for putting One Direction together, must have been getting tons of questions from concerned fans, because not long after Zayn’s not so obvious announcement, good ole Uncle Simon tweeted:

He also added that he thinks RCA is the perfect label for Zayn to jumpstart is solo career with, and couldn’t be happier for them! What do you think of Zayn’s new record deal?