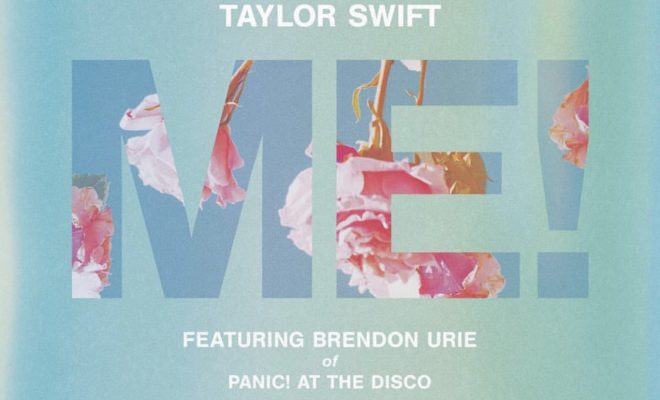 Watch Taylor Swift’s first release from her seventh studio album featuring Brendon Urie, “ME!”. The video comes after months of speculation of new music. The new song and music video was previewed by a Nashville mural and ABC NFL Draft interview with Robin Roberts.

Swift said in the live chat leading up to the music video premiere, “Okay regarding Easter Eggs…there are a lot of them in the video. Some you’ll figure out right away and some will take a minute to reveal their meaning (omg why am I talking like a sorcerer).”

The music video even features Urie and Swift’s cats Meredith and Olivia, it’s a must watch! And Swift even shared in her live chat that she wants the reaction videos to her music and videos! “Someone said they’re making a reaction video and I LOVE REACTION VIDEOS cause it’s really rewarding when you’ve put so much into something to see someone experience it also you guys are THE CUTEST” she writes.

Swift gives fans a taste of her new single and new music. She tells Roberts, “ME! is all about embracing your individuality and owning it. With a pop song, we had the ability to get a melody stuck in people’s heads and we wanted it to be one that makes them feel better about themselves.”

← Previous Story PHOTO GALLERY: Taylor Swift at the NFL Draft In Nashville
Next Story → Here Are The Lyrics To Taylor Swift and Brendon Urie’s “ME!”