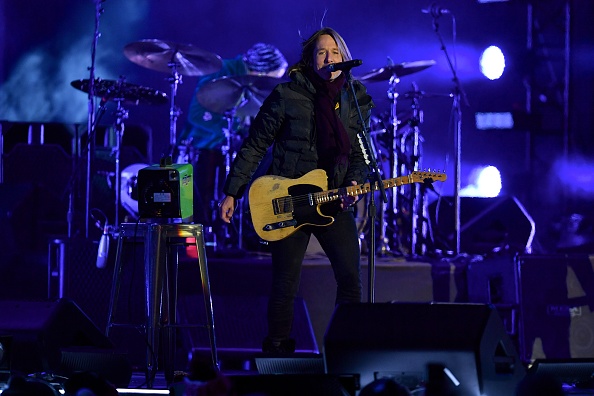 Just as he did last year, Keith Urban is carrying on the tradition by paying tribute to those we lost throughout the year during his headlining New Years Eve performance in Nashville.

Fighting off windchill and below zero weather, Urban with his puffy coat and scarf but no gloves played for a good two hours on Sunday night. He played his greatest hits including ‘You Gonna Fly,” “Blue Ain’t Your Color” and his newest hit “Female” for an estimated crowd of 100,000. But the hits weren’t all the crowd heard from Urban. He toned things down a bit to remember those we have lost in 2017 by playing a medley of songs including tracks from Soundgarden, Tom Petty, and Glen Campbell.

Other songs he included in the medley were: Gregg Allman’s “Midnight Rider,” Chuck Berry’s “Johnny B. Goode,” Don Williams’ “Tulsa Time” and even the iconic riff from “Back in Black” as a nod to AC/DC rhythm guitarist Malcolm Young.

The Aussie superstar wrapped up the tribute with a full-on performance on Petty’s “Free Fallin'” Later during the song, wife, Nicole Kidman and his two daughters Sunday and Faith joined him on stage for a quick dance party.

Watch the spine-chilling tribute below: