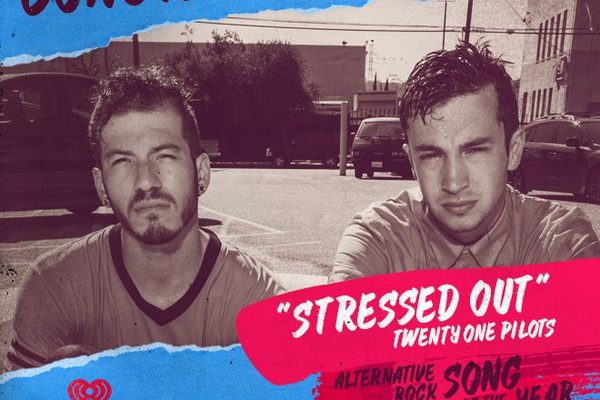 10. Chris Brown sort of apologies? “Everybody who supported me through all the worst times in my life and the positive times in my life.” “I tend to not have a filter sometimes, and I go off on a lot of people, But the music stays the same.”
9. G-Eazy and Bebe Rexha performed Me Myself and I the two are so under rated glad to see them shine.
8. Zayn performed on an awards show for the first time performing “Like I Would” with incredible runs.
7. DNCE and Nile Rogers performed Cake By The Ocean and Le Freak, Jin joo looked beautiful and Joe Jonas has his natural hair color back.
6. Justin Bieber did an acoustic version of Love Yourself and Company his fans also won best fan army.

5. Taylor Swift beamed with pride as Calvin Harris won for best
4. U2 received the innovator award from Pharrell who had a little trouble with the teleprompter saying “G slow down”
3. Demi Lovato and Brad Paisley’s performance of Stone Cold absolutely blew us away, Demi’s outfit was beautiful!
2. Justin Timberlake introducing Taylor Swift “Some people are out here to build walls. We ain’t naming no names but as an artist, that was a political joke. Shut up you can’t even vote, I’m kidding”
1. Taylor Swift winning best tour, album of the year, most memable moment for Blank Space also had inspiring speeches and we all died when she thanked her boyfriend Adam.
We also found out Taylor has won over 250 awards and has 4 records in the Guinness book of world records.