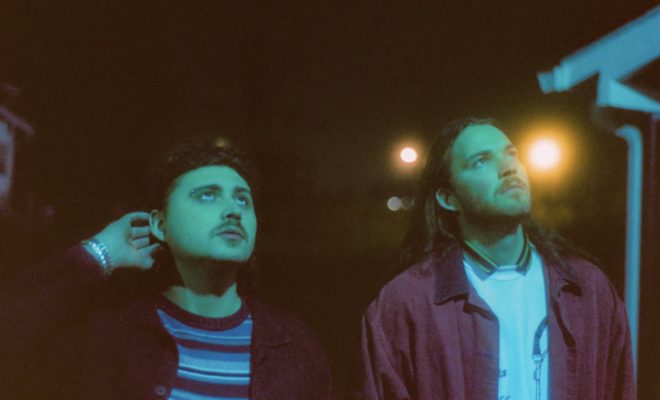 Story Behind The Song

The Story Behind ‘Tell Emma’ By Homes At Night

Nashville duo Homes At Night sat down with Stage Right Secrets to discuss their latest single, “Tell Emma.” Discover the story behind the creative process of their track.

What was the initial concept behind the song? Was it a melody or lyric?

We wrote this in august of 2020. We were feeling bad about our careers because we weren’t able to tour then and spent a lot of time writing songs. Regardless it felt like we had lots of lazy mornings and we started off with the line “Hazy head, tasting toothpaste”. Hank doesn’t want me to say that this song is really about a girl he was dating at the time and she wanted more from the relationship than he did and the song is really about that -aksel.

How did it progress from there?

We were writing the song with our friend Louis Johnson (The Saint Johns/Lonas) and he came up with the hook “Tell Emma” which tied in the concept. From there, we all felt a mutual excitement about the track, which made it easy to finish. We finished the day with a really solid demo that we would listen to in the car non-stop the rest of summer. When we were tracking our ep “If You Were a Stranger” we finished up the production with JT Daly. We didn’t change much about the song and the arrangement because it felt so right initially.

Did the location (Nashville?) play a part in the overall vibe of the track?

It definitely feels reminiscent of 90s rock, how did you go about crafting the production and sound?

The hook is almost a call and response with the guitar “riff”. The production/sonic choices fell into place because it felt like the song called for it. Even though the finished product does tip its hat to 90’s rock, that wasn’t really our intention, but definitely a happy accident.

What would you envision a music video for it to look like?

We actually made one! It’s just a bunch of casual shots of us singing the song and looking like we are having fun because that’s what the song felt like to us. Thanks!!

Homes At Night is made up of Nashville-based songwriters Hank Compton and Aksel Coe. The duo blurs the lines between alternative and pop/rock to create a unique sound. On their debut EP, If You Were a Stranger (out later this year), the bandmates blend their indie sensibilities with story-driven songcraft, nodding to their Nashville roots while simultaneously pushing far beyond them.