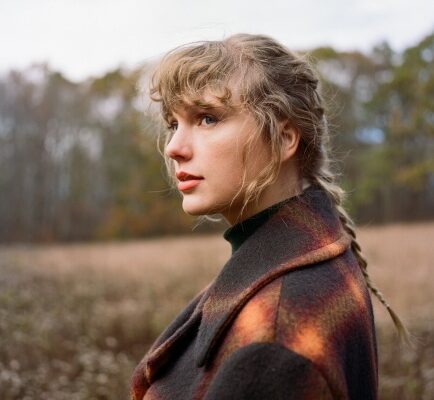 The Story Behind: ‘No Body, No Crime’ From Taylor Swift

“no body, no crime” from Taylor Swift is a musical mystery. The track’s lyrics feature a murder plot. So what was the inspiration and story behind the song and what is its meaning? Find out, below.

What Taylor Swift Had to Say About the Track

“Writing ‘no body, no crime’ I think was directly based on my love of true crime podcasts and Dateline type programs,” she confessed. “Also, I just kind of got this melody in my head and I thought about my friend, Este. I’ve always thought her name was so cool, and so it all kind of came together as this sort of murder mystery type revenge plot.”

Swift asked Haim if she could use her name as the main character and she was flattered. “Then it hit me that it would be so cool if HAIM would sing on the song – Este’s band that she’s in with her sisters, Danielle and Alana,” she continued.

“I had finished the song and was nailing down some lyric details and texted her, ‘You’re not going to understand this text for a few days but… which chain restaurant do you like best?’ and I named a few,” Swift told Entertainment Weekly of their conversation. Este chose Olive Garden and sent her the song shortly after.

“And so, it just turned into this very fun mission to create a true crime revenge song.”

The song itself tells the story of friends who attempt to avenge their friend’s death after a cheating husband murdered her.

As for why the album came so quickly after folklore, Swift explained that she never stopped writing. Swift continued to collaborate with Aaron Dessner and Jack Antonoff, William Bowrey (Joe Alwyn), and Justin Vernon (Bon Iver). “We never really paused,” she said. “I think we did that because it was so much fun to create, and this time is such a wild, ridiculous year. I think we needed to create things. We didn’t really know what for. Pretty soon it became evident that this was another album. It came together in almost the same amount of time that folklore did.

She never put out albums back to back this quickly before. “But then again I’ve never had a concept like this come to me before where I wanted to continue exploring even after an album was released,” she added. “I didn’t want to move on to something else, I just wanted to keep on digging. So, evermore is out, I think it’s four-and-a-half months after folklore came out, but this is a year where I threw out a lot of rules that I used to have in my head – ‘Oh, you only put out an album once every so often’ – whatever, like I think we need music. I think I want to connect to my fans. This is stuff that I’ve written, and I’m so, so proud of it. So, I figured I’d just put it out, you know?”