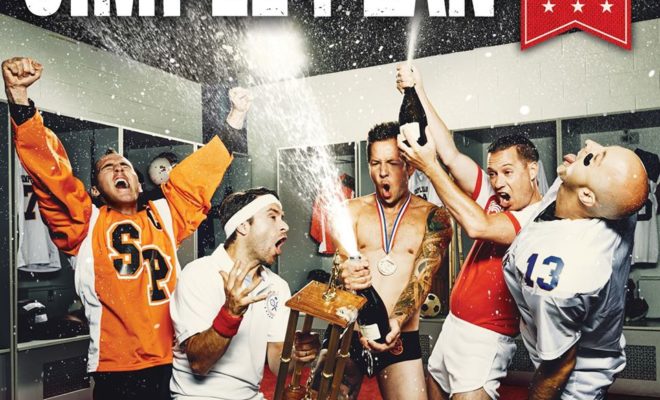 It’s a good day for Simple Plan fans because the band has just released the opening song, “Opinion Overload,” off their new album, Taking One For The Team. Not only that but they also released a video for the song! The track is classic Simple Plan that is sure to be a hit among old and new fans. You can get Taking One For The Team February 19! The band released this statement with the premiere of “Opinion Overload:”

“Opinion Overload” is a song about following your heart and not letting anyone tell you that you can’t. For us, writing it was about getting back to our roots and reminding ourselves and everyone else what this band is all about. We wanted to make a video that strips everything bare and lays it all on the table; go back to the basics and focus on what we love the most: playing shows for you.

The video is a walk down memory lane for the five of us, right back to when we started this band and played small, sweaty clubs every night.

Of course, a lot has changed since those days, but in some crazy way, it’s almost as if nothing’s changed at all. It’s still about the power of a song, the magic of stepping on stage and playing your heart out for anyone that cares to listen.

This video is our thank you to everyone who ever supported our band – you’re the reason we’re still here doing this. Enjoy the music and we’ll see you at the shows!”

Check out the video below!