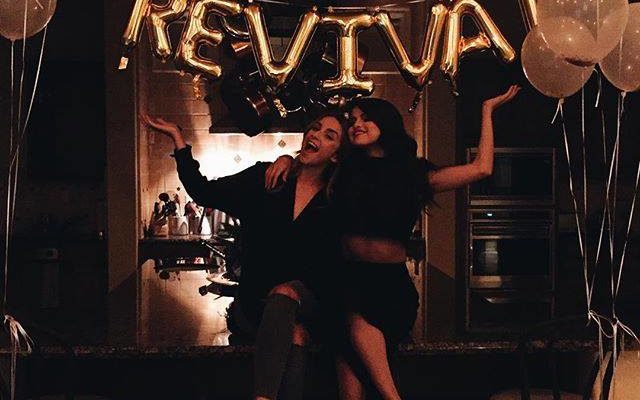 Selena Gomez Reveals her True Self in Revival

Soooooooooooo Selena Gomez’s new album dropped last night and I have to say it’s quite a surprise. I’ve always been a fan of Selena since her days on Wizards of Waverly Place. When she started her singing career I was enthralled by her first album being the Pop aficionado that I am. But now are long gone the days of Selena’s “bubble gum pop” songs and we usher in a new era where Selena sings over rhythmic tracks that have an incredibly sultry vibe to them.

What I’m loving so much about the album Revival is the grown up feel that you get instantly from the first song ‘Revival” to the last song “Rise”. The album is filled with songs about self-love and being true to one’s self.    One of those stand out songs is “Kill Em With Kindness” a slower Pop Dance song about smiling in a world filled with bad news and hate. If the lyrics don’t get you the low whistling chorus, and backbeat absolutely will.

I’m in love with this album. While it’s not going to change the face of Pop music, it definitely delivers and shows a side of Selena Gomez that we haven’t seen publicly before. She’s coming off a wake of time where she had to hide herself and now she’s back and ready to take on the world.

The 23 year old singer is setting to go on a cross country tour starting in May and will hit more than 35 cities in the United States and Canada. If you’re interested about more information visit www.selenagomez.com/revivaltour