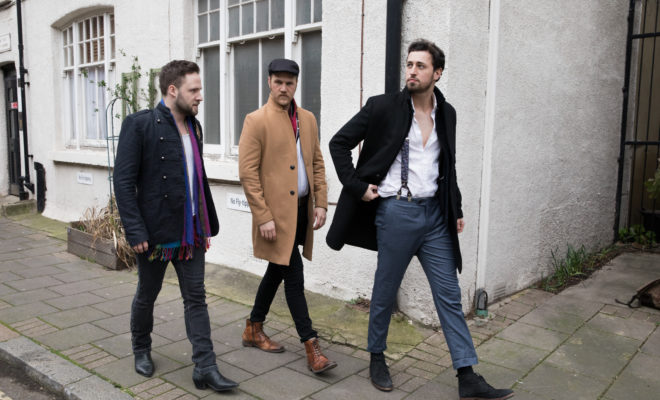 On Stage Right Secrets‘ Living Room Live Virtual Concert series, we have Raynes performing a set from each of their homes, together.

Raynes is a transatlantic trio made up of Los Angeles-based Mat Charley and Joe Berger and UK native Mark Race. The three gentlemen met via Instagram after trying to find the final piece of their project. Raynes music defies genres and has elements of classic Americana, uptempo pop and harmonies that will leave you wanting more.

The group followed up their debut single, “Lemon Drop,” with “Come My Way,” both of which you can hear during their acoustic set, above.

“There’s something of an ‘us against the world’ quality to it, naive and young and probably foolish, but motivated by nothing but love,” the band says of their latest single. “We feel like the production and instrumentation is quintessentially us; from the mandolins and violins to the cinematic synths, harmonies and gang vocals, it basically has all our favorite sounds and sonic flavors packed into three minutes and eighteen seconds.”

Listen to “Come My Way,” below: