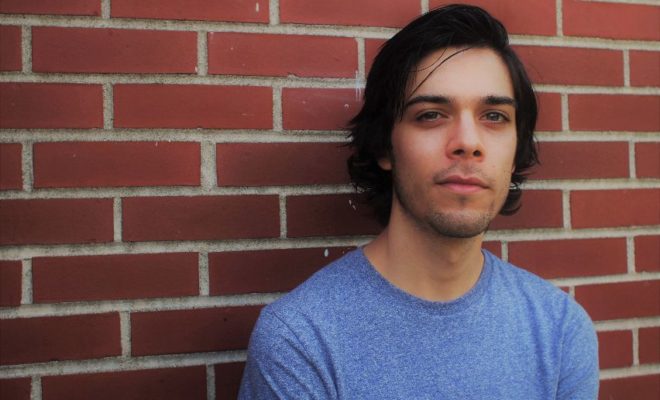 Our Exclusive Chat with Jimmy Bontatibus

Jimmy Bontatibus is writer, director, producer and editor on a brand new film, A Muse. A Muse, will be available for streaming for one week only starting June 12. We got to chat with Jimmy on it all.

Congratulations on your new film. What do you hope viewers take away from the film?
Thanks! After living with this movie for what feels like so long, I’m okay with people drawing whatever conclusions they do from the film. I guess one idea that was important to me in making A Muse was wanting to follow the reverberations of a real-life piece of art through characters that exist generations later, and how that art plays a prominent role in their lives. We’ve all heard stories of people having spiritual experiences seeing a painting in the Louvre, or we’ve had those experiences ourselves, maybe even just watching a film at home—I think many of us hold those deep, personal relationships with films, records, books, paintings that have informed our life choices. With this movie, we wanted to really illustrate that line between a piece of art and the characters, who are culturally and generationally removed from the art/artist, and yet their lives are still really deeply connected and influenced by this artwork and person who has no tangible or physical relationship with them. I hope people are able to relate to that or find something to hold onto in that idea.

You filmed over four years in multiple countries. Do you have a favorite memory from filming?
We actually only filmed over a couple of months—about 18 full days in total—but it was several years of sporadic travel before we were able to shoot. After spending a lot of time filming in urban areas, we ended with a four-day shoot on a water buffalo farm in Cața, which is a commune in Transylvania. It was kind of an ideal situation, because we were so isolated and it was almost like pure creative energy between the six of us that were on the farm together (me, cinematography, sound, assistant director, and two actors). There was so much riffing and really deep collaboration happening, and after such a wild path to getting the film made, I couldn’t have asked for a better note to end on. I also love ending up in unexpected places and situations, and to be so far off the grid in pastoral Romania, where we had to drive half an hour to the nearest ATM so we could pay the farm for housing us—I’m not Romanian and didn’t have any personal connection to the area before this film, so being able to end up in such an unfrequented place in the country was really special.

What was your writing process like and did the story evolve over the years?
The first draft of the film was dated February 2016, and it’s almost a completely different movie. Looking over it now there’s just so much happening; even compared to the final film, which is pretty jam-packed as is, and it took me some time to really “find” the movie. Some of this was just whittling down the script overtime and trying to figure out what I wanted to say, but also letting it grow as other voices entered the equation, such as actors and other collaborators who were able to offer outside perspectives as well as cultural nuances that I didn’t have access to. I made sure to let global political developments influence the movie as well—as right-wing governments started to make political gains in Eastern Europe, we made sure that was brought up in discussions regarding character development and context for where these people were coming from. All of these things helped tighten the focus of the movie and brought us to the final script, but we had a three or four week gap in-between shooting in Germany and Romania, which allowed for even *more* rewrites based on how the shoot went in Germany. Everything was constantly in flux—a scene was fair game for a rewrite or total restructuring until (and when) it was being shot. 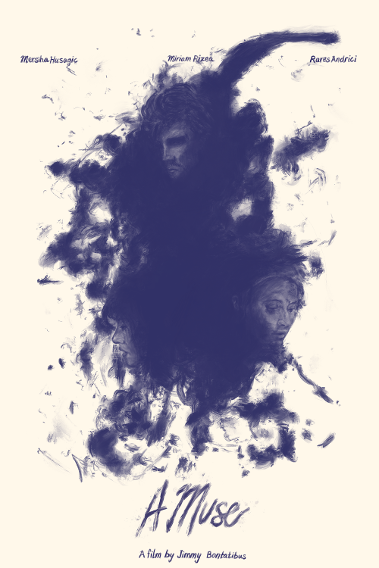 How did you balance writing, directing, producing, and editing?
So much of it isn’t really a choice on this scale—you write a film that you want to direct, you produce it because you want it to exist more than anyone else, and, in this case, you edit it because nobody else can make heads or tails of how it’s all going to fit together (though I should say we originally had an editor who had to drop out for reasons unrelated to the film, but by that point, it was abundantly clear to everyone that I should just do it myself rather than seeking out a replacement). All of that being said, I would be nothing without my collaborators. I produced the film with my friend Andre Sanabria, who was on set with us in Germany and saved our bacon almost every day. Both of the cinematographers we worked with are geniuses in their field and were absolutely brilliant working with limited means, and our sound recordist Christian Grundey, who was on both legs of the shoot, is also a director and cinematographer in his own right and was able to help out in other departments when needed (which was all the time). The list goes on. Burnout is real, and you need collaborators who will weather the storm with you, so I’m very lucky.

Do you have a muse?
If we’re talking about a person, then no (or not yet!). But whether it’s another film, or a piece of music or writing, or a historical event, there are always things that kind of latch onto you and fuel the fire for creativity—which is something we see in the Adrian character in A Muse and how that spills into his personal life.

What do you think the future of film festivals and film looks like?
It’s hard to say. I’m definitely not an expert, but I struggle to see how theaters will be able to re-open without a vaccine having been widely administered. I hope film festivals are able to make the pivot to virtual screenings, but if so, I would hope that they drop exclusivity/premiere needs and generally loosen up their submission requirements as well—a lot of smaller films are at more risk of falling through the cracks than ever right now and could use the festival boost. The uncertainty is what led us to self-distribute our film for free, because we figured this was a moment in time where people are hungry for new films to watch, and we didn’t know (and still don’t, really) what the festival landscape is going to look like. But there are a lot of brilliant programmers out there who I’m sure will find elegant solutions.

The world is always in need of art, and filmmakers will figure out a way to make movies through all of this. I’ve been having a lot of conversations with other filmmakers and everyone is trying to figure out how to reconfigure their projects and still bring their work into existence right now. It’s really inspiring.

What are some of your recommendations to watch during quarantine?
I’ve been getting serious value out of my Criterion Channel subscription, and would recommend it to anyone who isn’t onboard already—you have access to an entire history of cinema at your fingertips for a really reasonable price. This year is the centennial of Federico Fellini, and there were going to be screenings all over the world, but unfortunately, I would imagine the majority of those will be canceled. The good news is that a decent amount of his films are currently playing on the Criterion Channel, so you can celebrate Fellini from your own home!

What is next for you?
I’m asking myself the same question! We actually had another film that was scheduled to be shot in the spring, but of course, that’s been postponed somewhat indefinitely, and my producers and I are trying to figure out how to rework the script to make it feasible for shooting safely in the near future. It’ll take a pretty dramatic overhaul of the material, but I see it as an opportunity to help reinvent the film and find more creative means of communicating the story than our initial ideas. I know it sounds cliche to say things like “obstacles are good”, but within art I’m a devout believer in those obstacles fostering more creative thinking, and I’m hopeful that we’ll be able to pull it off.