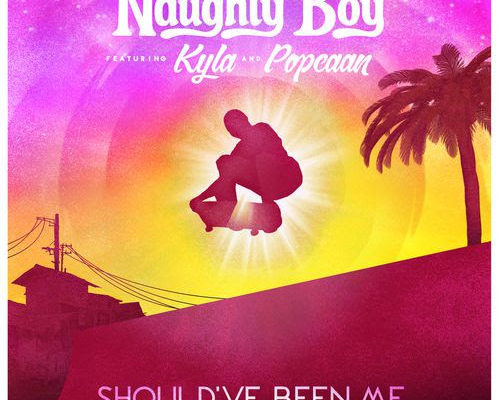 Naughty Boy Releases “SHOULD’VE BEEN ME” FEATURING KYLA AND POPCAAN

Naughty Boy began 2016 partnered with a global superstar, Beyoncé, on his worldwide smash hit Runnin’ (Lose It All). Now he ends the year by going back to his roots: bringing through new talent.

With his new single the producer/writer – whose 2013 debut album Hotel Cabana helped propel artists like Emeli Sandé, Sam Smith and Ella Eyre to stardom – repeats the feat. The infectious dancehall vibes of ‘Should’ve Been Me’ features vocals from British singer songwriter Kyla. The Brit vocalist has been everywhere this year – her captivating vocal appears on Drake’s chart-dominating ‘One Dance’ which spent 15 weeks at No.1 in the UK.

As Naughty Boy puts it with customary straight-talking passion, “I met Kyla and fucking loved her, she’s humble and she’s got heart…”

That knack for alchemising talent into song craft gold is clearly as strong as ever. It’s a point underlined by ‘Should’ve Been Me’s’ other feature, Popcaan, the Jamaican singer/DJ who’s collaborated with Drake, Jamie XX and AlunaGeorge.

This year he’s been in the studio with artists including: Mike Posner, DNCE, Janet Jackson, Missy Elliot and John Newman.

“I can still be someone who can launch an Emeli, or a Sam or an Ella,” he says. “I can still be that guy, and I want to be here for the next 10, 20 years. So I want my next album to feature six megastars and six new stars!”