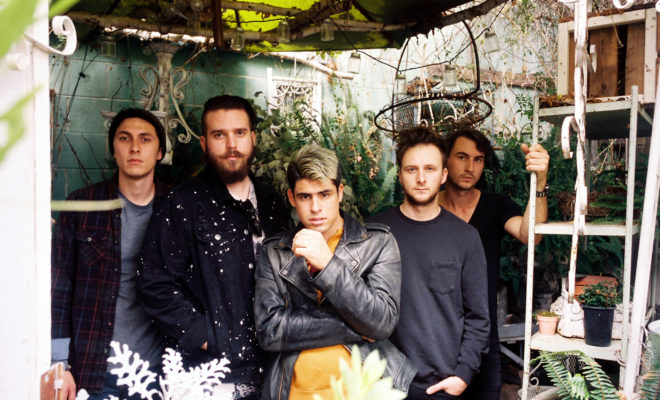 Modern Me is making noise in Southern California and soon the rest of the world. The band recently released their new track “Dead To Me”. We asked them a few questions about their time in the studio, future shows and of course their single and music video for “Dead To Me”.  Read what they had to say and keep scrolling for the music video!!! 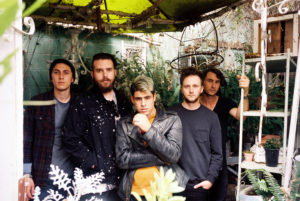 SRS: You’re about to release “Dead To Me” as your new single, what can you tell us about the track?

Adam Lamah (Vocals): “The song was initially about a girl that I had met on Huntington beach. It somehow morphed and became about the majority of my past relationships. Questioning if the time I spent with these women was just a waste of time and if my heart ended up taking more of a blow than the memories were actually worth.”

SRS: How does this track differ from “Waters” and “Run Away”?

Michael Paez (Guitar): “It’s heavier and a bit darker. This track definitely shows the growth and maturity of the band and where our sound is heading”

SRS: You will also be releasing the music video to “Dead To Me”, what is the concept for the video and how did that come about?

Adam Lamah: “I’ve imagined disrupting the date of an ex-girlfriend and I thought let’s try to capture that and see what happens. Initially for this video we wanted to shoot gorilla style. Setting up all of our instruments in the front yards of band members past relationships, without any forewarning and playing Dead To Me until they walked out and said something so we could capture genuine responses. We thought we’d just play it safe and sit in beamers and rot in motel rooms together instead.”

SRS: How did you create your sound and whom are your musical influences?

Adam O’Nan: “Our sound more so just became. I don’t really know how it came about. We grew up listening to bands like The Killers, Blink-182, Red Hot Chili Peppers, New Found Glory, Muse, Johnny Cash and so many other bands that made their way into our subconscious’ and helped form our individual ways of writing music.”

SRS: Is there a tour in the near future?

Shawn Kreitz: We’re playing it by ear but we plan to head north to play some shows in Canada in the near future.

SRS: What can fans expect if they go to a live show?

SRS: Do you guys write your own material? If so what’s a day/night in the studio like?

Adam Lamah: We do. It looks like me pacing around the studio because I drank 4 red bulls in 40 minutes, Michael and Shawn coming up with golden leads on the fly, our producer keeping us on schedule and being way to good at his job and far too many fast food runs.

SRS: It’s the beginning of the year, do you guys have any new year’s resolutions?

SRS: Where would you guys like to play a show in the near future?

Adam Lamah: I would love to play North Park Observatory in San Diego. The sound is phenomenal and the room so rad.

SRS: Where can fans find your new music and updates?