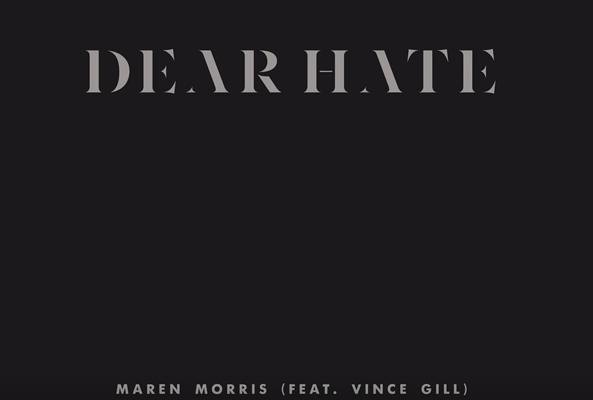 Played Route 91 in Vegas the night before last. We were all singing. I'm in shock over this. Heartbroken for all those lives taken too soon.

Maren Morris performed at Route 91 Harvest Festival just one night before the unthinkable happened, Maren has taken to social media to release a song featuring Vince Gill. The single titled “Dear Hate” was written by Morris, Tom Douglas, David Hodges years ago and just released now. Maren took to her Twitter explaining:
“I wrote the song 3 years ago, recorded it last year with Vince Gill, and always have fans asking when I’ll put it out. I never knew when would be the right time, but I realized today there’s never a right time. Hate is everywhere, and I’m sick of not doing enough. In the darkest tunnel, there is still love & music. That’s what it’s here for. Here is Dear Hate. Any cent I see from this I’m donating to the Music City Cares Fund. #LoveConquersAll”