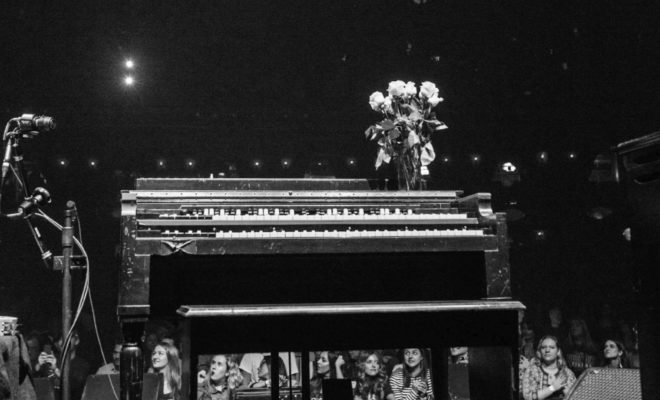 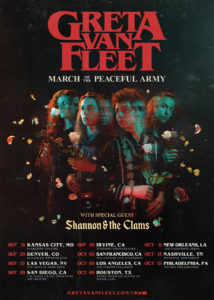 Greta Van Fleet fans unite! The four-piece band from Frankenmuth, MI has announced the fall leg of their popular March of the Peaceful Army tour. The band has been consistently touring and it’s no surprise that earlier this year they has four Grammy-nominations under their belts. Greta Van Fleet with be busy this summer with hitting up music festivals like Boston Calling and Bunbury Music Festival, before making their way to over seas and then over to Australia.

The Fall Dates below: