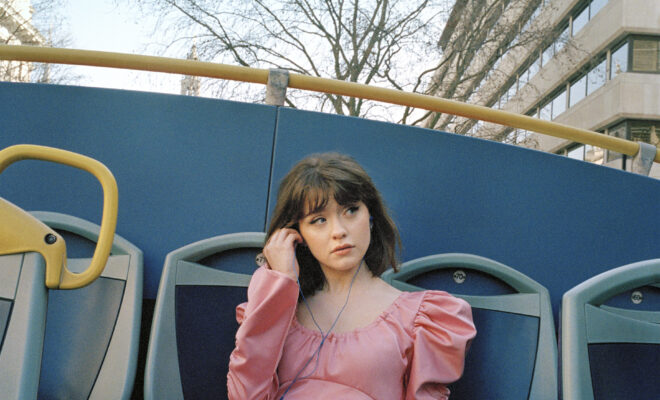 In a single day, Maisie Peters met her new collaborator, Ed Sheeran, and wrote two hit songs with him for her new record.

Peters recently released her debut album You Signed Up For This. This also marked the first release on Ed Sheeran’s record label, Gingerbread Man Records. On the day she met the “Perfect” singer, they ended up making magic and creating two songs for her record. “Hollow” and “Boy.” The two would go on to co-write her smash single, “Psycho” alongside Steve McCutcheon.

Maisie Peters on the Story Behind ‘Hollow’ and Boy’

“It was also the first day I met Ed [Sheeran],” Peters revealed. “I went to meet him in Suffolk and we were writing together just to see what would happen. ‘Hollow’ was the first thing we did. Ed just picked up a guitar and started singing ‘Hollow’. After that, we did it really quickly and I remember singing, ‘You’re the one that got away and you got away with a lot.’”

“Once we did that and we all loved it. Ed’s wife Cherry came into the studio and she heard it and she, too, said it was amazing. We were all really pleased with that so we wrapped it up and we went for dinner at their house. After everyone had some wine, we joked that we should write another song and so just like that, we went back to the studio. Obviously, everyone was in a really good mood and we just decided to write a song about f–k boys. I was educating the men on what a f–kboy is and we ended up writing this really fun song and howling with laughter. It’s one of my funniest memories, all of us literally howling.”

“It feels kind of hilarious to say but I had the best time making this record. It was so easy,” Maisie Peters shared. “I loved every part of it and Ed and everyone at Atlantic and Gingerbread Man were the most amazing to work with. It felt really special, and most importantly, it felt like exactly what I was meant to be doing.”

Additionally, read our full interview with Maisie Peters in our latest issue, below: