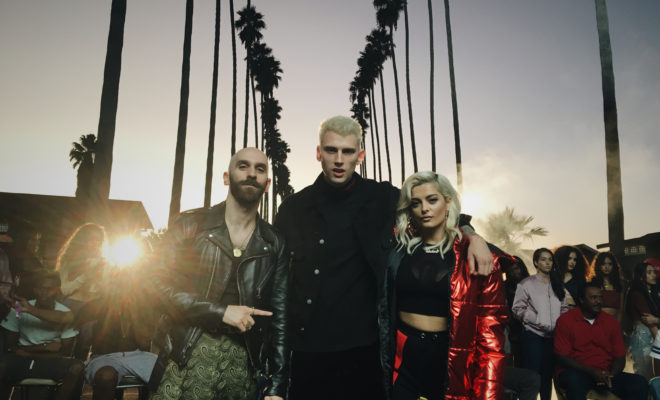 Atlantic Records and Netflix have teamed up to bring the newest music video from their hugely-anticipated BRIGHT: THE ALBUM. After releasing last week and climbing the charts, “Home” by Machine Gun Kelly, X Ambassadors & Bebe Rexha, is now accompanied by a heart-warming companion video. Directed by acclaimed Bright director David Ayer, whose film work also includes Fury, Suicide Squad, End of Watch and Training Day, the official video for “Home” makes its debut today on Netflix as part of the anthology BRIGHT: THE MUSIC VIDEOS, which will also feature the previously released hit video “World Gone Mad” by Bastille. Additional videos from BRIGHT: THE ALBUM will be released in the coming weeks leading up to the launch of the Will Smith and Joel Edgerton action blockbuster film BRIGHT on Friday, December 22nd on Netflix. BRIGHT: THE ALBUM releases on Friday, December 15th.