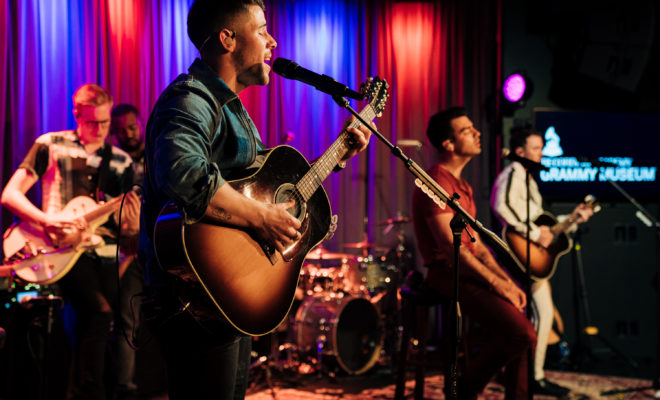 The Jonas Brothers have had a busy week. The trio performed “Only Human” and sat down with Ellen DeGeneres on her talk show on the October 8 episode.

Nick Jonas announced that he will join the cast of NBC’s The Voice as a coach on the 2020 spring season.
Last night, the Grammy-nominated trio visited the GRAMMY Museum for a special in-depth Q&A moderated by Scott Goldman and intimate stripped-down performance. The appearance also marked the launch of an exclusive LA pop-up store for the Jonas Brothers Happiness Begins Tour. Fans may visit and purchase exclusive merchandise from the shop through November 3rd, 2019.The activation extends a historic run for the boys. Their blockbuster comeback album Happiness Begins, just achieved a platinum certification from the RIAA and the band received plaques at last night’s Grammy Museum event.

Right now, the iconic group is performing in arenas across the country on their sold-out Happiness Begins Tour. Bebe Rexha and Jordan McGraw support.

Watch the band’s performance on Ellen below! For a full Ellen and Grammy Museum photo gallery, head to our FACEBOOK PAGE HERE.