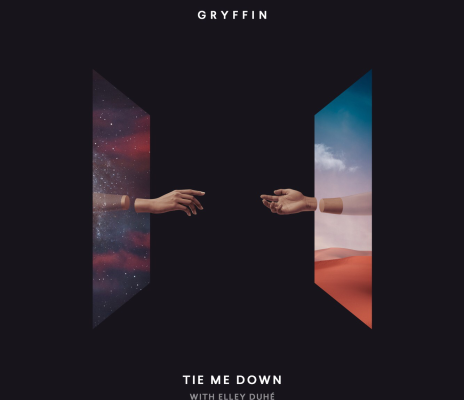 New Music Friday has turned into a holiday and smorgasbord for new music. Gryffin has released his highly anticipated single “Tie Me Down” with Elley Duhe.

This future hit was written by Sarah Aarons (Zedd’s “Middle” and “Stay”) and produced by Gryffin, is the latest single from Gryffin’s upcoming debut LP. The song follows his previously released tracks“Just For A Moment” featuring Iselin, which has amassed over five million Spotify streams, and “Winnebago” featuring Quinn XCII & Daniel Wilson, which has racked up over 15 million streams and peaked at #7 on the Worldwide Dance Shazam chart.