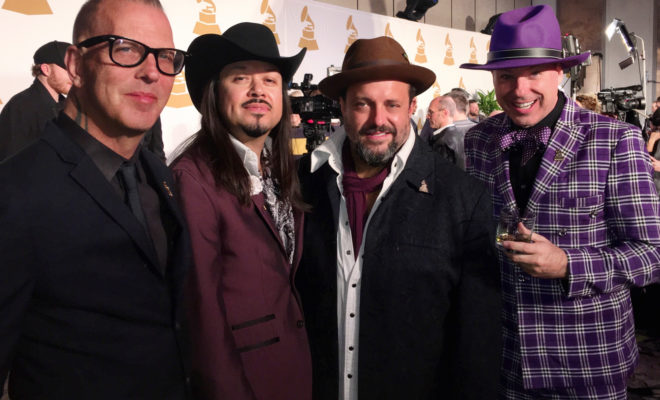 GRAMMY night is obviously the biggest night for music, and it’s about to get bigger! They just announced that the GRAMMY Awards Premiere Ceremony will be streamed live at GRAMMY.com on Monday, February 15th.
Performers include: Joey Alexander, The Fairfield Four And Tasha Cobbs, Highly Suspect, The Mavericks, And Takács Quartet
Jay Mohr To Host The Star-Studded Ceremony

Mohr is nominated for Best Comedy Album for Happy. And A Lot. This is his first GRAMMY nomination.

Tasha Cobbs, the Fairfield Four, the Mavericks, and Takács Quartet each have one nod: Cobbs for Best Gospel Album for One Place Live; the Fairfield Four for Best Roots Gospel Album forStill Rockin’ My Soul; the Mavericks for Best Americana Album for Mono; and Takács Quartet for Best Chamber Music/Small Ensemble Performance for “Shostakovich: Piano Quintet & String Quartet No. 2” with Marc André Hamelin.

Schneider also has two nominations: Best Large Jazz Ensemble Album for the Maria Schneider Orchestra’s The Thompson Fields and Best Arrangement, Instruments and Vocals for “Sue (Or In A Season Of Crime).”