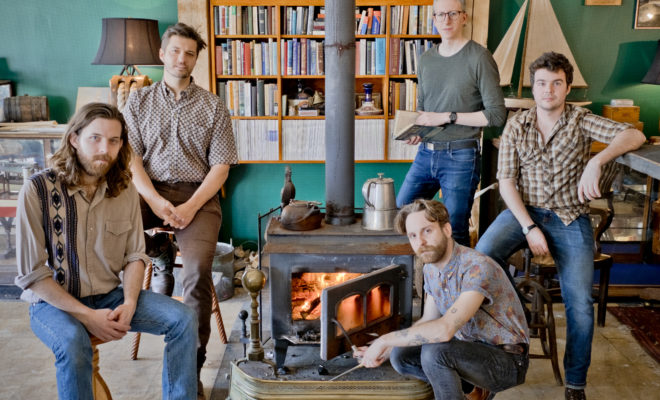 Webster’s Dictionary defines “Union Duke” as a raucous collision of alt-rock and twang, bringing crowds to their feet with songs from the heart. Soaring harmonies, driving rhythm, and infectious enthusiasm have seen these five guys from youth to young manhood. With three albums, countless festival stages, and hundreds of thousands of kilometers in the rearview, the band is excited to be touring new music, filming videos, and winning new fans everywhere they go. In the two years since their last record Golden Days, Union Duke has been steadily travelling and unravelling across the country, and they’re ready to share the lessons they’ve learned with a slate of new music. In the coming months, four new songs of love, distance, heartache and revelry will be finding their way into your ears, eyes and hearts.

“Ladidadida is that rambling road-weary song in your head while you drive the last of many miles home. It’s the story of anyone who has to leave the things they love behind, the unbridled bliss of making it back in one piece, and the desperate highs and lows of the spaces in between. Produced by Jeff Hazin and recorded between his studio and Taurus Recording in Toronto, the track also features Alan Zemaitis (Buddy Guy, Whitehorse, Terra Lightfoot, Samantha Martin) on the piano and organ. Ladidadida is a bit of a departure musically from Union Duke’s previous work while still maintaining the pieces that make up their unique sound: catchy melodies, top-tier musicianship and powerful vocal harmony”