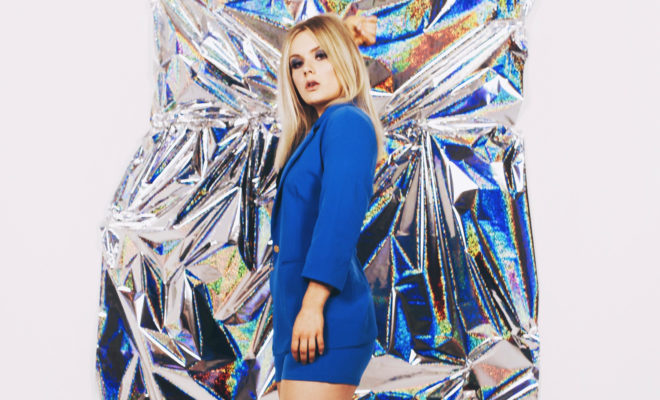 Are you ready for a new song that will be stuck in your head for days to come? “B.O.M.B (back on my bullshit)” is a pop anthem combining different elements from other genres while spreading the message of self-love.
“For me, B.O.M.B. is about self-acceptance,” katie says. “Throughout my life, I’ve let myself get watered down by other people’s opinions and this song represents a shift where I decided to love myself- even when I’m a hot mess. I hope this song makes people want to dance and ultimately inspires them to fall in love with what makes them different!” This new tune was inspired by a night out at Play, (a gay bar in Nashville), where katie felt like she could really let loose and dance however she wanted.

Katie MAC is definitely not in Kansas anymore. A new addition to Nashville’s pop scene, this midwestern native has taken a love for lyrics and created a sound that will have you dancing one minute, and contemplating deep, thought provoking ideas the next. Her writing style takes your feelings and materializes them into hook-driven pop songs that are both edgy and danceable. This, mixed with spine chilling melodies, makes for music that’s both exposed and sincere.

katie’s debut single, “Nice Guys” was released in October of 2017. She will be releasing her upcoming album “Tears Like Glitter” later this year. The first single, “Heartless” shot to 90k streams in no time, and Two-Face, the more vulnerable second single is set to follow suit.

She is currently writing and performing in Nashville, TN, where she moved to study songwriting at Belmont University.