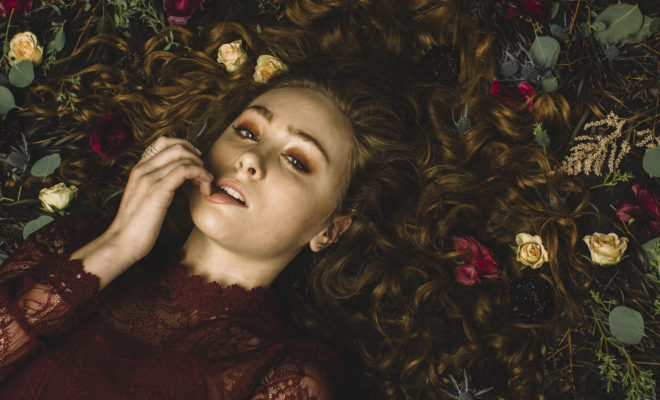 We’re thrilled to premiere Chappell Roan’s live acoustic music video for ‘School Nights’. Chappell’s utterly hypnotizing voice rings out with an acoustic rendition of her latest single. The song comes after Chappell’s debut EP School Nights was released this past year to rave reviews. The five track EP gives us a taste of her impeccable songwriting capabilities and unreal vocal capabilities. At only nineteen this songstress compels you with her voice and breathtaking lyrics. We spoke with Chappell about ‘School Nights’ below.

What made you choose School Nights as your latest single?
I chose School Nights because it’s one of my favorites. It describes a temporary feeling of staying up late on a school night and talking on the phone with someone you like when you should really be asleep. The feeling of being young and feeling things for the first time.

How involved in the creation of the video?
This video was very simple, just one shot with little movement. I wanted it to feel raw and natural.

For new listeners, which song of yours should they listen to first?
I would say listen to Good Hurt first. It has all the themes of each of the songs wrapped in it. Also, watch the video as well so you can get the full picture.

School Nights is also the title of your EP, what made you title it that?
I thought School Nights sounded interesting. It makes me feel young, and I wrote all of these songs when I was younger. I wanted to bring it back to that place.

Where did you write ‘School Nights’ and what was the inspiration behind the song?
I wrote School Nights at summer camp. I was feeling so strange because I was getting older but I wanted to stay young, and there was nothing I could do about it. I wanted to be with someone who made me feel like a kid. I wanted to write about the feeling of having a crush on someone and staying up late thinking about them on a school night and being so excited to see them the next day. I’m happy I captured that feeling when I did because now I’m out of school, and there’s a different type of anticipation I feel.