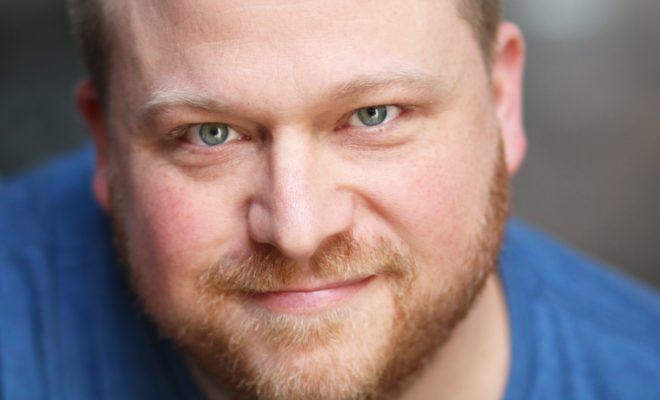 BE MORE CHILL is the Broadway phenomenon that follows the story of Jeremy Heere, a high schooler who takes a supercomputer pill called a SQUIP that, you guessed it, is said to make you be more chill. Naturally, calamity ensues along with some incredible musical numbers. Jason SweetTooth Williams stars as Mr. Heere/Mr. Reyes/Scary Stockboy and we got the absolute pleasure of speaking with him.

Congratulations on making your Broadway debut! Has there been anything that has surprised you?
Being on Broadway has really been one surprise after another. No matter how hard you work or how often you dream about something, nothing can quite prepare you for the reality of actually being there. It was surprising to me to discover what it takes physically to do a high-octane show like BE eight times a week. Caring for my vocal and physical health is something I now take very seriously in a way I’ve never had to before.

Even more than that though, I am surprised at what I have learned about myself emotionally and mentally by being on Broadway. To be honest, and this is the first time I’ve ever really admitted this publicly, I have a lot of anxiety as a performer. And it’s different from nerves. I’m generally a very laid back person but when it comes to my work, I am extremely neurotic; about being on time for calls, about the timing of entrances, about my pre-show rituals, about how I execute my track each night, about every small detail of my show. It seems excessive to even myself sometimes but being this way is how I deal with the stress and anxiety of having to deliver a truthful, engaged, exciting performance live in front of 900 people every night. A lot of people are paying to a lot of money to see us perform on Broadway and that can be a lot of pressure. The stakes of Broadway are just higher and that can get intense. It doesn’t mean I don’t love performing, it just means I need to take extra steps and care to get to the fun part each night! This is a new realization about myself and has certainly surprised me. 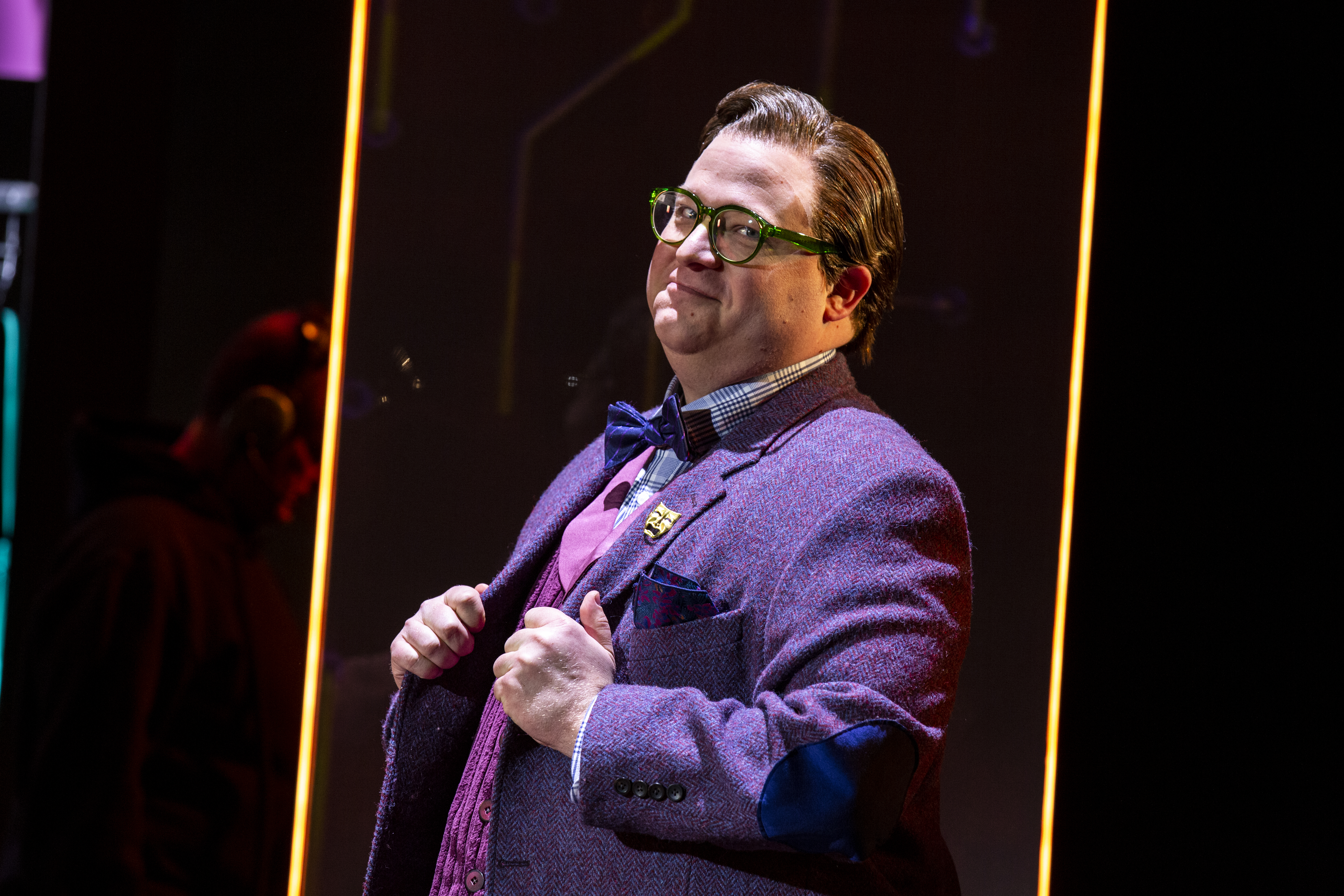 What do you hope audiences take away from BE MORE CHILL?
In a word: empathy. BE MORE CHILL is a fun, zany, amped up, rock show of a musical but at its heart lies something very pure that we can all relate to, the desire to be accepted and loved for who we are. This doesn’t just apply to high school. Everyone knows what it’s like to feel less-than, or inadequate or ugly, even if we are creating these realities in our mind. Imagine what life would be like if we just admitted that to ourselves and to each other that deep down we are all the same and all just trying to survive! Walls would come down, hatred would dissipate, wars would cease.

I also hope people go home singing the songs from the show. Joe Iconis’ score is so catchy and fun, it’s almost impossible not to!

How do you tackle two show days?
I don’t really leave the theater much on two show days. Some people need to clear their brain and get out for a bit but I sort of feel like to keep myself in a bit of a bubble. (See my answer to the first question, ha!) I’ll eat a light dinner (performing on a full stomach is the worst) and take a short nap if I have the time. I always FaceTime my wife and daughter which always lifts my spirits and energy for a second show! Also, lots and lots and lots of water!

What are your dressing room necessities?
I generally keep it pretty simple and minimal in my dressing room. That said there are a few things I can’t live without. I have a fan that is constantly on as I’m always hot, a humidifier to keep me from getting too dry and a newly acquired fold out couch to rest on. I keep a lot of pictures of my family on the wall and a few plants on my dressing table to bring a little life in! I also have a “to-do” list I keep taped to my mirror. They are my goals for every show and are as follows: make a discovery, reinvest in a moment, leave the BS off the stage, be open, be clear and remember why you do this! I also keep some whiskey on hand for an occasional post-show drink.

Is it weird to have not stopped crying since this moment one week ago?!?! Asking for a friend.

Who would be your SQUIP?
This is a seemingly simple question but is actually kind of tricky. In the context of the show, THE SQUIP is actually an evil character. His motives are not pure and his directions are self-serving. So when people ask who my SQUIP would be I actually think it would be someone who is leading me astray or giving me bad advice. But what I think people really want to know is, ”Who is the best at the thing you do that you would take advice from to be successful.” For me, that is Philip Seymour Hoffman. He was obviously a troubled spirit, and I wouldn’t want to inherit that part of him. But he was one of the great character actors of our time and I always find his performances inspirational and exceptional. And my dad.

Which character from BE MORE CHILL do you most identify with?
Christine! She’s a dreamer, an artist, a hilarious silly-heart who can also be dead serious about the things that matter most to her. She’s an activist, she’s open-minded and always authentic. I’d like to think I also share some of those qualities. Oh, wait! Maybe she’s actually my SQUIP!

Brb just nerding out over these musical insights on how our show achieves its futuristic sound!! pic.twitter.com/qYiLwfZXOo

What is some advice you would give to your high school self?
Other people’s anger and aggression come from being afraid of who they actually are. It’s misplaced and has nothing to do with you. Don’t let them get to you! Read lots of books, take care of your body, learn about the world!

What advice would you give to someone who wants to be on Broadway?
Immerse yourself! See theater when you can. Write your own material. Take advantage of every opportunity that comes at you, especially while you’re young and starting out. Be a sponge. Be a good listener. Be someone people want to work with by being prepared and dynamic and kind. Remember that there is no “right way” for you to be successful. Everyone is on their own path and things happen differently for everyone. Work hard and be patient. And most of all, be yourself! There are so many people in this business trying to be someone they are not. You will be a breath of fresh air if you bring your own unique self into auditions or rehearsal rooms and ultimately onto a Broadway stage.

So c-c-c’mon and go, go buy your tickets to see BE MORE CHILL right HERE! (Mountain Dew not included but strongly suggested)