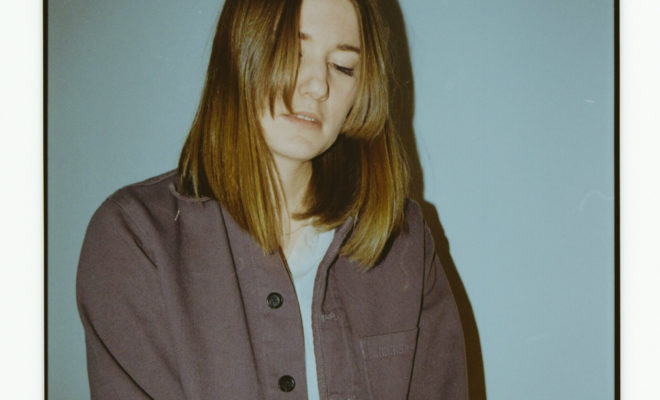 Swedish songwriter and multi-instrumentalist Freja Drakenberg (aka Freja The Dragon) released her debut single “Tell Me I’m Wrong” last month. The track was co-produced by Peter Bjorn and John’s Björn Yttling (Neko Case, Lykke Li, Chrissie Hynde) and was recorded between INGRID studios and the legendary Atlantis studio in Stockholm. The song gives us a glimpse of what Drakenberg has to offer as a musician. We spoke with her about her new music and upcoming ventures.

Q: Your debut single is out, congrats! Walk us through what went into creating the song.

A: Thank You! Well the song sort of just poured out very fast. I was dealing with a friendship that was a bit complicated, and wrote a song about it to deal with it. I brought the song to Bjorn Yttling whom I work with, we made some changes and then it took about 1 year til we figured out the production.

Q: Can we expect a music video? What would you like to see in it?

A: Not planning a video for this song but I imagine something heartbreaking taking place in a an urban environment at night.

Q: As cliche as it sounds we have to know, why did you choose the stage name Freja The Dragon?

A: I wanted to release music under an alter ego but still keep it a bit personal. My surname is Drakenberg which in english means Dragon Mountain. My first name is Freja so therefore Freja The Dragon felt natural.

Q: Was there a specific moment when you knew you wanted to make music your full time job/passion?

A: Not a specific moment, but I’ve always been dreaming about it since I started practicing music, when I was maybe 14 I started to put a lot of time and effort to make it happen.

Q: You play a number of instruments, how did picking them all come about? Do you have a personal favorite?

A: I’m a very restless person, so I ended up trying out several instruments through the years instead of focusing to getting really good at a specific one. I also love variation, so it fits me perfect to tour as a multi-musician and it gives me the opportunity to get better at the instruments I know and sometimes even learn some new. Don’t know if I have any favourite, but I love to sing and play an instrument at the same time.

Q: Starting off as an audio engineer, do you think that changed your perspective on recording the song?

A: I wouldn’t call myself an audio engineer but it often goes hand in hand being a producer today. My knowledge about audio engineering is definitely helping me as a producer, but what actually helped us finish this song was to forget about all the rules and try something that just felt right and sounded cool.

Q: What music are you currently listening to now?

Q: What can we expect from you this year?

A: More music! Two more singles and an EP to begin with