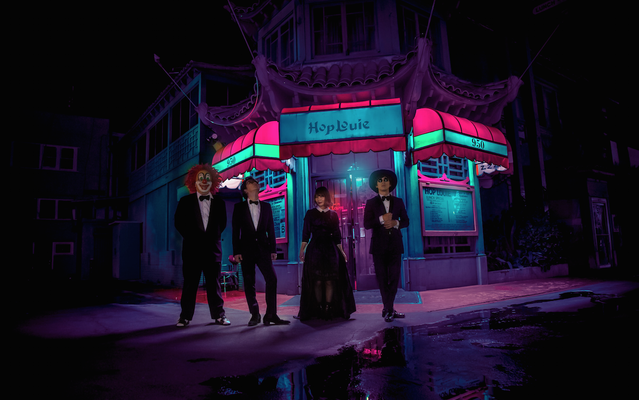 End Of The World (SEKAI NO OWARI) Playlist Takeover

End Of The World, known as SEKAI NO OWARI in Japan, is a Tokyo based pop-rock band that just played two hugely successful debut shows in the United States. The band’s debut US show was at The Roxy in Los Angeles on August 17th. They also played a show in NYC at The Bowery Ballroom on August 23rd. End Of The World isn’t your average pop-rock band. The group is made up of visionaries who want to take their craft to music lovers around the globe.

End Of The World is made up of childhood friends: Nakajin (leader of the group, lead guitar, sound production), Fukase (lead vocal, group conceptualist), Saori (stage production, piano), and the masked clown DJ LOVE (sonic palette, comedic stage banter). The group is in the process of producing their upcoming album. The global release is set for sometime next year.

End Of The World has created a playlist exclusively for Stage Right Secrets viewers. Check it out below!

Check out End Of The World’s YouTube page here.

← Previous Story Stevie Monce Talks His New Single, “Everything’s Better With A Buzz”
Next Story → SRS Goes Inside Saved by the Max!