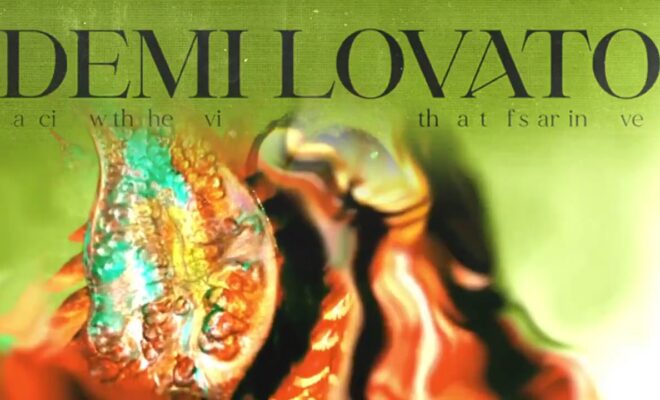 She had already hinted at it through various posts and interviews, but today Demi Lovato made it official: she is ready for her new era!

Demi Lovato kicked off the year ready for a fresh start, but before that happened, she needed to let go of her old demons. In the teaser for her new documentary Dancing With The Devil posted back in January, the singer had admitted she was in the midst of doing just that, “rebirthing” and “starting over.” However, fans had no idea quite yet what a year it was going to be for Lovato!

The changes happened gradually, and with each of them, the singer seemed happier and happier with every post on social media.

Gracing the cover of the March issue of GLAMOUR Magazine with her new pink pixie cut (Lovato cut her hair short in November, then shorter in January, and even shorter just last month), the 28-year-old singer sat down with the team to talk about her documentary, her sexuality, and her newfound freedom.

The physical and mental transformation was only the first step for the singer, who’s also been actively working on new music. Frequently teasing her fans about being in the studio through Instagram stories, Demi Lovato took her time polishing her new record, which will be coming out later this year.

Although fans have been able to enjoy the singer’s powerful vocals on her most recent collaborations with Sam Fischer or even All Time Low, they are eager to get new solo material from the artist. Their first taste of it came in the teaser of the documentary, in which the title track “Dancing With The Devil” can be heard. “I was dancing with the devil / Out of control / Almost made it to Heaven / It was closer than you know,” the singer sings in the snippet, referring to her July 2018 near-fatal overdose.

But it seems like Demi Lovato is ready to share even more music. The artist took to social media today to share a single link: ArtOfStartingOver.com. While the website is still quite blank, if not for a butterfly cursor that is marked with Lovato’s signature heart, we can click on a pre-save button.

It’s still unclear as of now what exactly you’re pre-saving, whether it’s “Dancing With The Devil” or “The Art Of Starting Over”, or even if this latest is the title of yet another new single, or of the singer’s seventh album.

Either way, we are very excited to follow the artist in this new journey and look forward to hearing and seeing everything she has to offer in 2021!